The first mobile phone sidewalks in China have been spotted along Foreigner Street in Chongqing city, reports News.cn.

Chongqing is a major city in Southwest China and one of the five national central cities in the People's Republic of China. As you can see in the photos below, the sidewalk is divided into two lanes. One for people using their cellphones and one for people who are not.

Apparently, most people still walk in traffic rather than use either lane but the idea is an interesting one.

Do you think major U.S. cities should implement mobile phone sidewalk lanes? Who you use them? Let us know in the comments! 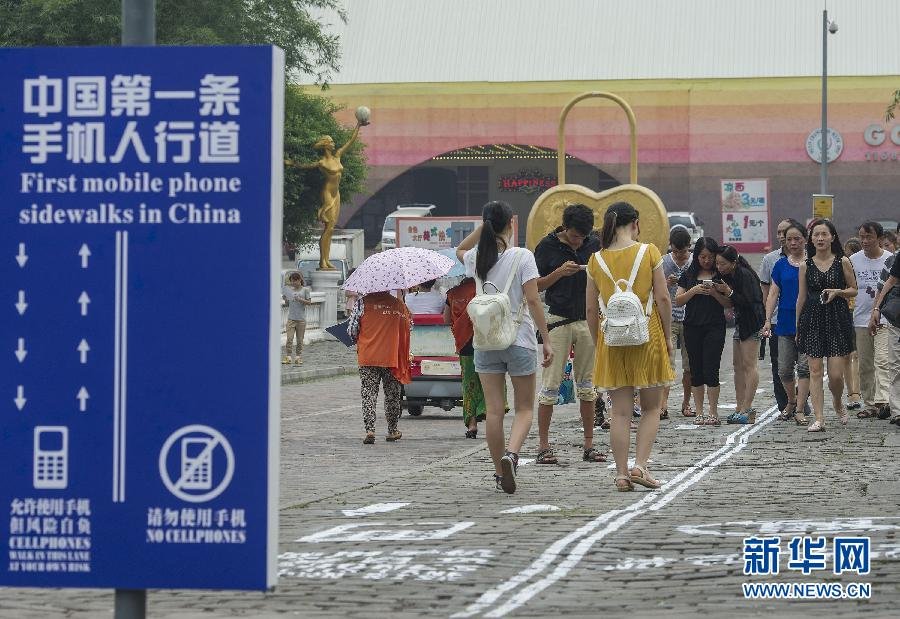 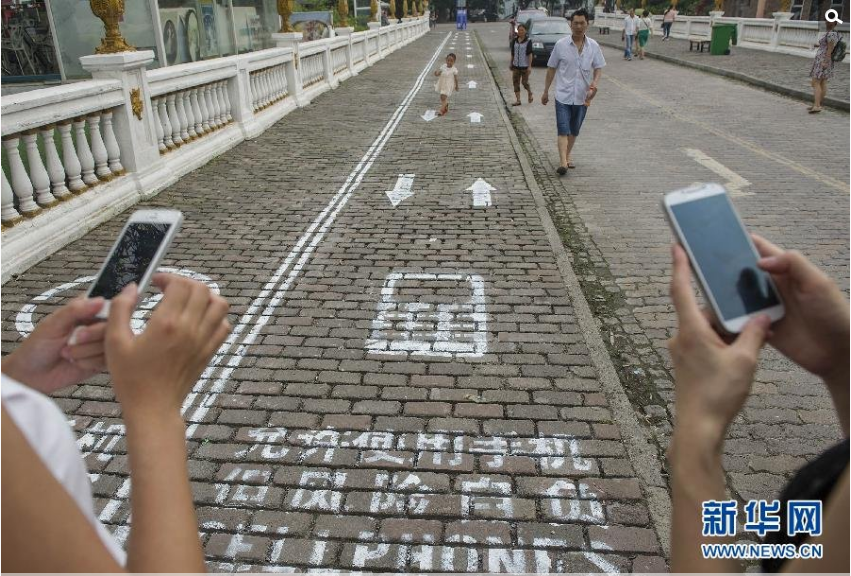 lepaka - September 15, 2014 at 5:23am
this is a joke, they don't respect and will not respect any lane rule, they walk on the cars lanes and the drive on the walking passes, so there is no point on it, just one more show ....
Reply · Like · Mark as Spam

NoGoodNick - September 15, 2014 at 1:49am
There's no sense using the mobile phone lane. You're best chance of not walking into someone is using the regular lane where oncomers can see you approaching. In the mobile lane, no one is looking at anything besides their phones.
Reply · Like · Mark as Spam

jc - September 15, 2014 at 12:04am
There is an app that use your camera as background when u text they should tell china.
Reply · Like · Mark as Spam
6 More Comments
Recent