Strong demand for the iPhone 6 has prompted Foxconn to begin large-scale hiring at its plans in Shenzhen and Zhengzhou, China, reports DigiTimes.

To meet Apple's plans to launch its new smartphones in 115 countries and regions worldwide by the end of 2014, Foxconn has been aggressively recruiting workers to help assemble iPhone 6 devices. However, Foxconn declined to comment about the news. Apple sold over 10 million iPhone 6 and 6 Plus devices in their first week and is expected to continue to see strong sales in the second half of 2014.

It's said that working on an assembly line is no longer as attractive as it once was in China. Thus, Foxconn has been having a hard time recruiting enough workers. The company has been hosting hiring events in an effort to maintain its workforce. 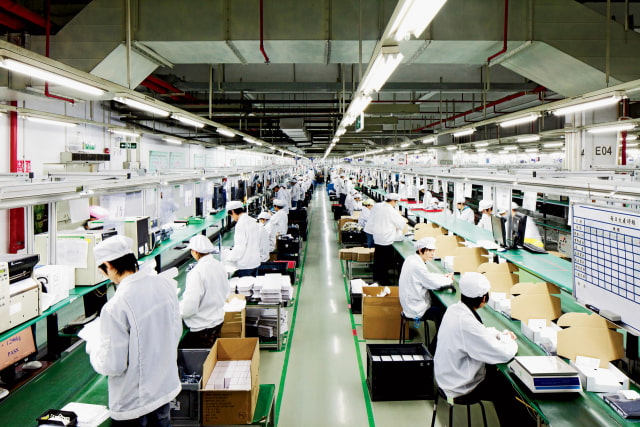 samsheep delusionals - September 30, 2014 at 5:21pm
Now that's a blind joke or claim to attempt to make without proof or to defend the false advertiser.
Reply · Like · Mark as Spam