Saurik has tweeted to announce that the iOS 8.0 - 8.1 jailbreak is now 'stable enough' so those who have been holding off on jailbreaking their devices can now dive in.

If you are waiting to jailbreak your iOS 8.0-8.1 device until things are "stable enough": we now seem to be ready! ;P http://en.pangu.io/ 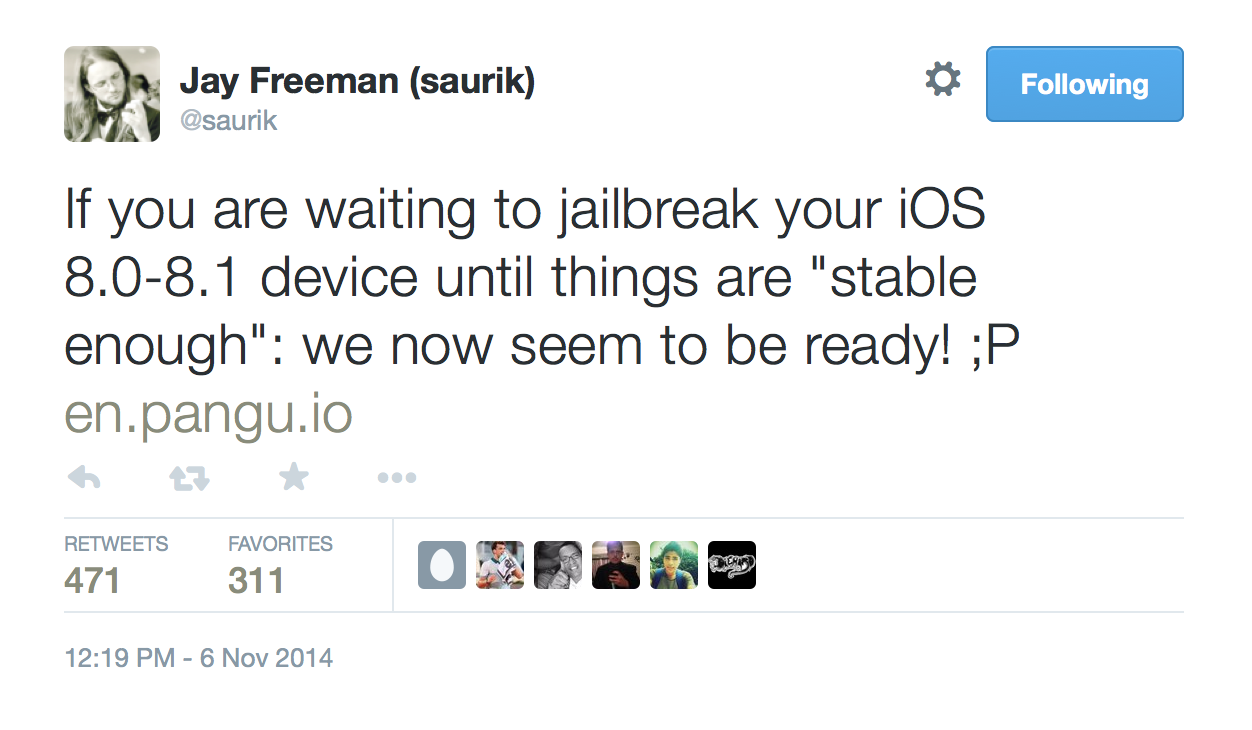 He also announced that developers can now mark their tweaks as iOS 8 compatible making them available to purchase via the Cydia Store.

Cydia vendors can now mark their products as iOS 8 compatible. (The jailbreak platform itself is now stable enough to make this reasonable.) 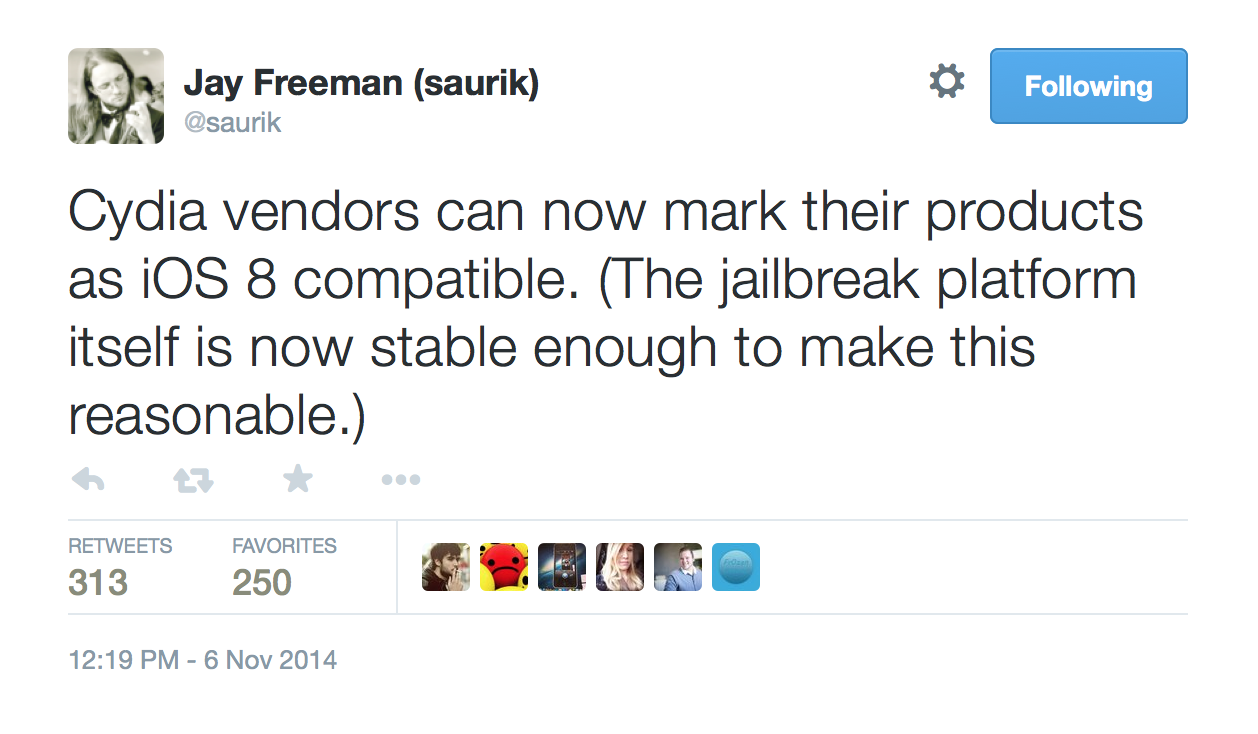 Earlier today, the PanguTeam released an updated Pangu8 1.2.1 jailbreak utility for Windows that includes Cydia 1.1.16. They also announced a Mac version could be released in a few days.

If you have yet to jailbreak your device, you should do so soon. Apple has already seeded iOS 8.1.1 to developers which breaks the Pangu jailbreak. You can find instructions on how to jailbreak your specific device using the iClarified Jailbreak Wizard.

Jeff Wertheimer - November 6, 2014 at 10:56pm
I jailbroke my iPh6 a few days ago and I've been having problems making and receiving calls. I receive a call and it's dead air on both sides. Also at times its like my device acts like its muted when it's not. The other problem I'm having is battery life... In 1 hour I drop 50%... Ive uninstalled all the tweaks so I don't think its s conflict with a Teel... Anyone else know or having these issues too??? Thanks
Reply · Like · Mark as Spam

TechnoGeek - November 6, 2014 at 11:09pm
When you install Tweaks, do you install one at a time and test them out. I use to install as much as I can and couldn't figure out what were the issues. Take your time and test out each tweak.
Reply · Like · Mark as Spam

Ricktd - November 6, 2014 at 10:26pm
for those of us who used the initial Pangu version, I have been updating Pangu and Cydia within my iPad as they become available. Is it necessary to keep Pangu (it won't let me delete it)? Should I re jailbreaak my iPad?
Reply · Like · Mark as Spam

steve blows - November 6, 2014 at 10:32pm
You can delete the pangu loader by unistalling it in cydia and no you don't have to rejailbreak, those updates in cydia have taken care of it for you.
Reply · Like · Mark as Spam
Recent