Boinx Software has announced that FxTiles, its spectacular collection of 3D filters and transitions, is ready for the new Final Cut Pro 7. Based on the revolutionary visual effects architecture FxFactory from Noise Industries, it also fully supports Apple Final Cut Express, Apple Motion 4 and Adobe After Effects CS3/CS4.

"Final Cut Pro 7 is a great release, but for me, the most exciting aspect of the product remains the plug in architecture that allows developers like Boinx Software and Noise Industries to extend the creative potential of the core package, says Oliver Breidenbach, CEO of Boinx Software. "We are proud to provide the creative tools that artists use to create the most stunning visuals."

"The transitions and filters that Boinx put together is a nice package. These transitions are great for videos with movement and action like dancing, sports, music videos and demo reels," says Andy Burton Coon, award winning documentary filmmaker. "The price is right at $49." 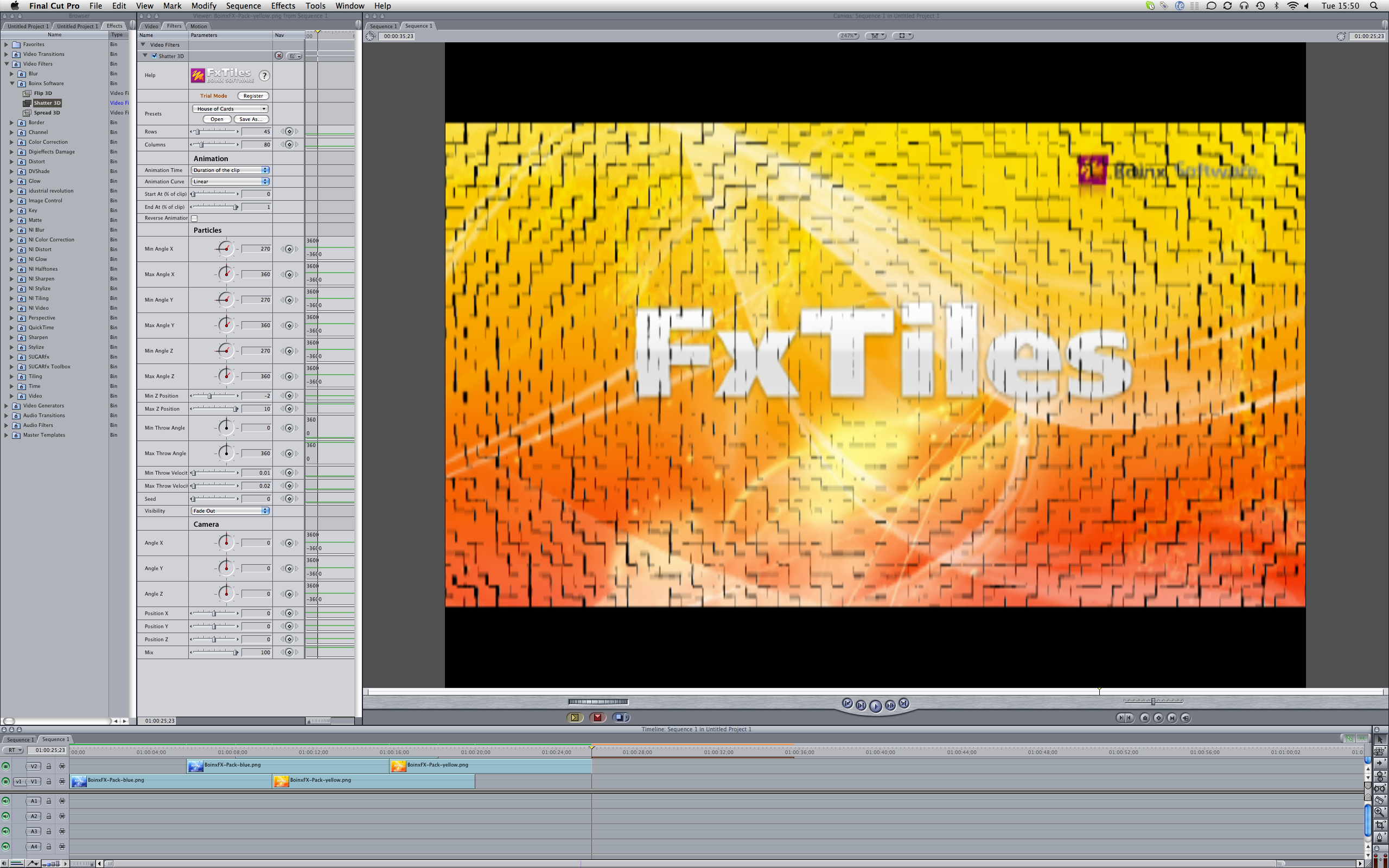