Apple has announced that iOS 8 adoption is now at 81% as measured by the App Store on April 27th. That's an increase of 2% from April 13th.

iOS 8.x adoption has been increasing slowly but steadily. The release of iOS 8.3 and the Apple Watch likely assisted in the slight bump. iOS 8.4 has already been seeded to developers for testing and it contains a new Music app. 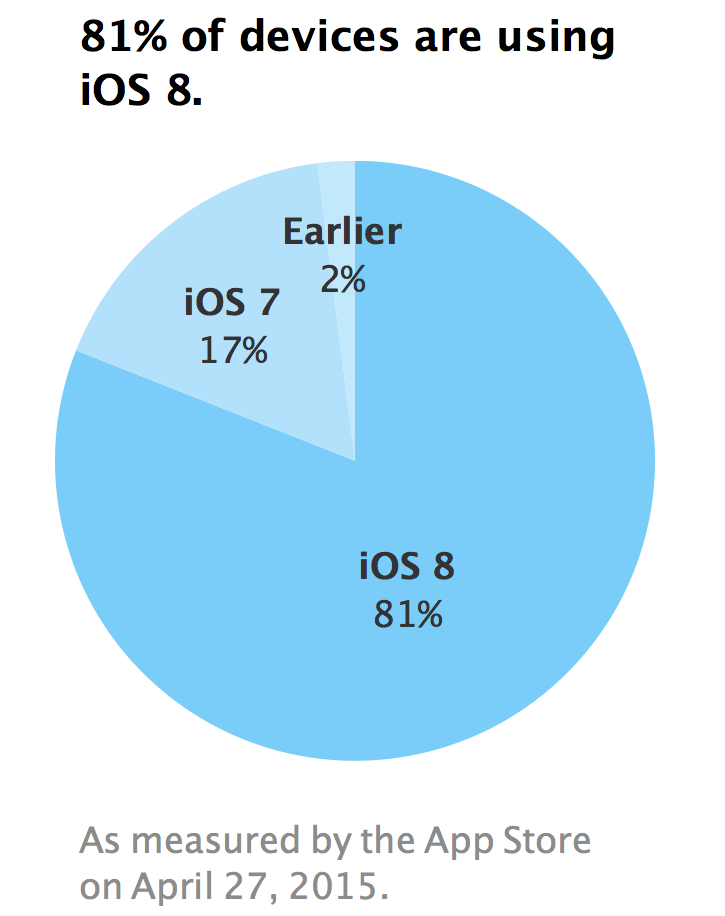 user - April 30, 2015 at 1:51pm
And where is the statistic showing how many iDevices of the millions they sold are in this chart? Without that we just know that 81% of the devices "using" AppStore are using iOS 8.x but there is no info on the rest and no one counts the "no longer supported" devices even if they use the AppStore...
Reply · Like · Mark as Spam