The company confirmed the feature to Re/code in a statement.

“As an Apple Music member you can add anything from the Apple Music library — a song, an album or a video — to your collection,” Apple said in a statement to Re/code. “And that’s just the warm-up act. From there you can create the perfect playlist from anything you’ve added. You can save it for offline listening and take it on the road.” 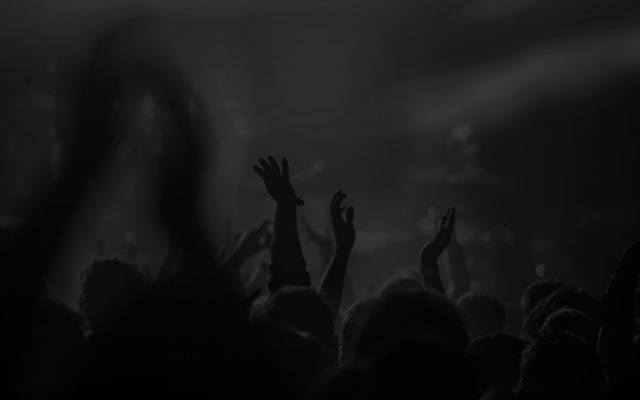 There had been some concern the feature wasn't available since Apple didn't explicitly mention it during its keynote.

Take a look at the chart below to see which features of Apple Music are accessible with or without a membership. 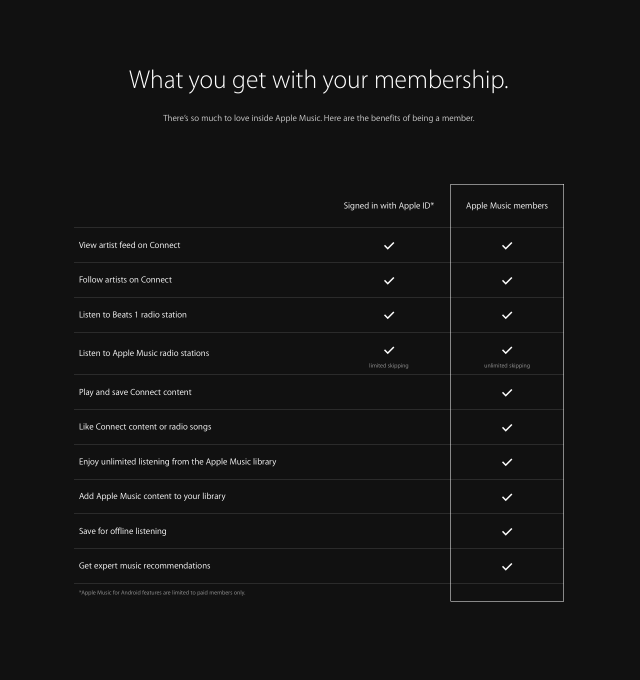 Maku Mestari - June 9, 2015 at 8:56pm
I've been a Spotify customer, since it's Beta days. I've also been using the Premium aspect of their service, almost as long. I'm looking forward to 30 June, in anticipation of all I've read ... just to see if the service measures up. I am of the opinion, that the service will be up for the task; I 'll know for sure, after the 3 month trial period. The only concern I have at the moment -- and it's hugh -- is if Apple, will supply us with a product, which can be set to stream at 320 bitrate (as does Spotify) ... and confine users to 128 bitrate files.
Reply · Like · Mark as Spam

Andrew - June 9, 2015 at 4:27pm
Couldn't find anywhere what's the streaming quality will be. Does anyone know? If they keep it at 256kbps max, what's the point paying $10 for it? I'd rather pay $20 for tidal service instead
Reply · Like · Mark as Spam
2 More Comments
Recent