Rockstar Games has announced that the critically acclaimed Grand Theft Auto: Chinatown Wars from Rockstar Leeds, the winners of the 2009 Develop Award for Best Handheld Game Studio, will be making its way to the iPhone and iPod touch this fall.

"Chinatown Wars is a perfect match for the iPhone and iPod touch," said Sam Houser, Founder of Rockstar Games. "We are very excited to bring this incredibly ambitious version of Liberty City, with this level of detail and immersive gameplay on Apple's new gaming platforms."

Grand Theft Auto: Chinatown Wars is currently available for the Nintendo DS and is also coming this fall for the PlayStation Portable system. The game follows the story of Huang Lee, a young Triad who travels to Liberty City after the mysterious death of his father. Players will navigate their way through the streets as they uncover the truth behind an epic tale of crime and corruption within the Triad crime syndicate, delivering the unprecedented amount of depth that has become a true trademark of the Grand Theft Auto franchise. 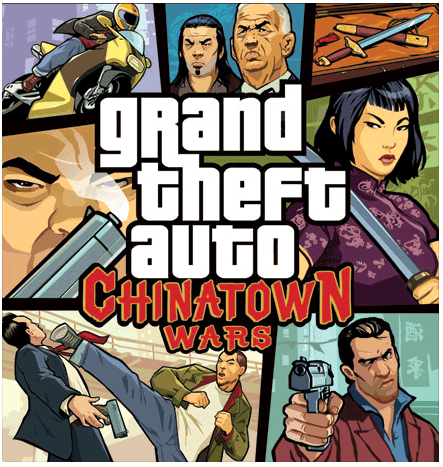 aatkco - September 1, 2009 at 12:04pm
Awesome Awesome Awesome that means we will have GTA & Gangstar i like that and thanks rockstar you are the best
Reply · Like · Mark as Spam
0