VMware has announced the release of VMware Fusion 8, which includes over 50 new features and support for Windows 10. VMware is also releasing VMware Fusion 8 Pro, with over 60 new features, including leading edge capabilities and cloud integration designed for advanced users and technical professionals.

"VMware Fusion enables Mac users to take full advantage of all the innovative features and capabilities available in Windows 10 such as Cortana or the new Edge browser," said Nicolas Rochard, director, product marketing, End-User Computing, VMware. "With Apple OS X El Capitan readiness, up to 65 percent faster graphics(i), and an incredible cloud incentive program for our VMware Fusion Pro users to make the most of VMware vCloud Air, the value delivered by VMware is greater than ever before."

● Ready for the Latest Macs - Whether running Windows on the latest Macs such as the iMac Retina 5K or connecting Retina Macs to 4K displays, VMware Fusion 8 offers users a crisp Windows on Mac experience on mixed environments. For Mac laptop users, VMware Fusion enables power coming out of their Mac's battery to be used as efficiently as possible, and provides adaptive graphics switching to give users the ultimate performance while least impacting battery life. 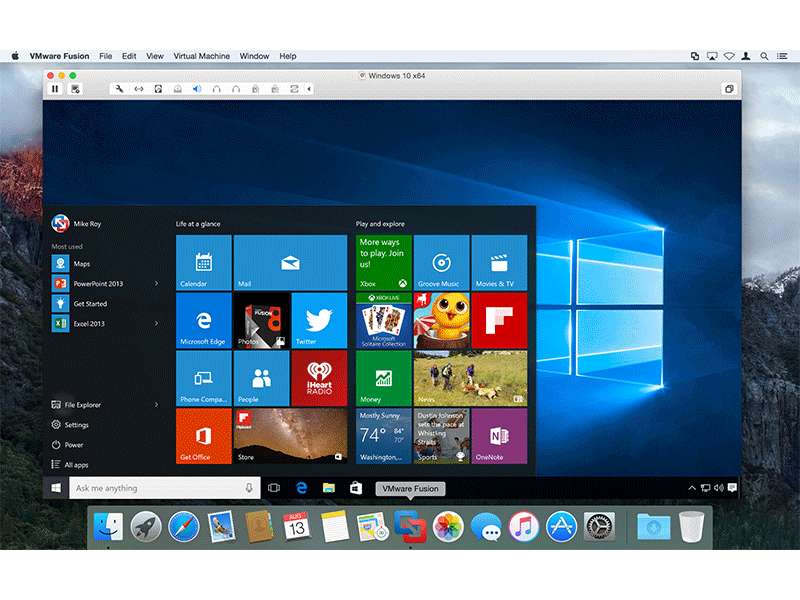 VMware Fusion 8 Pro
VMware Fusion 8 Pro takes virtualization on the Mac to the next level with unmatched features designed for technical professionals that want to run Windows and Linux applications on a Mac without rebooting. With added support for the latest Windows, Linux and Mac operating systems like Windows 10, Ubuntu 15.04 or OS X 10.11 El Capitan Preview, advanced users, developers, QA and IT admins can rely on VMware Fusion 8 Pro for its high performance, reliability and leading edge Mac virtualization features.

Key enhancements in Fusion 8 include:
● From the Mac to the Cloud - Native integration with VMware vCloud Air is now available and can be used to securely back up local virtual machines to the cloud, or build websites and apps locally before pushing them to the cloud for production.

● VMware vCloud Air Incentive Program - To help users get familiar with the benefits of cloud computing, VMware Fusion 8 Pro customers are eligible to receive $600 in vCloud Air service credit to use for up to 6 months -- twice the standard VMware vCloud Air sign-up offer.

● Built for Developers - Customers can use modern 3rd party tools such as Chef, Hashicorp Vagrant or Docker Machine to automate virtual machine and container deployment, or build universal applications for Windows 10 devices without ever leaving the Mac. 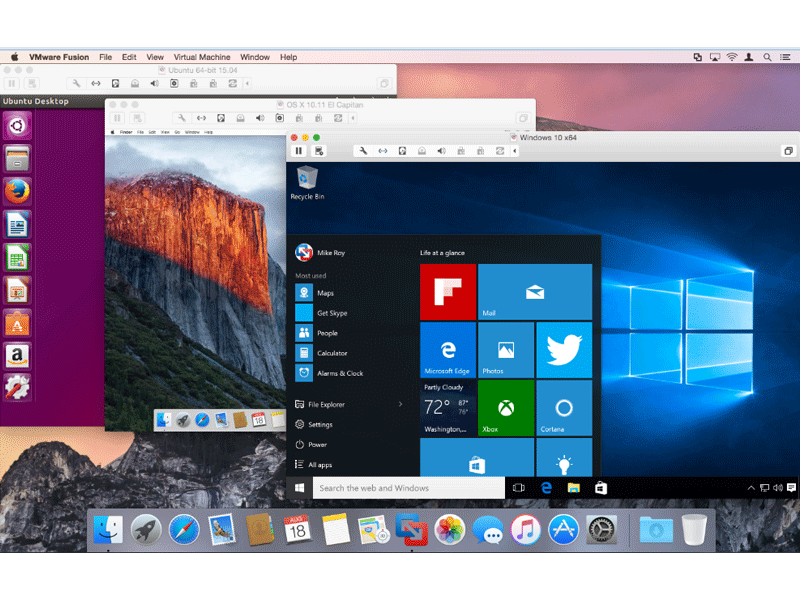 A free trial is available at the link below... 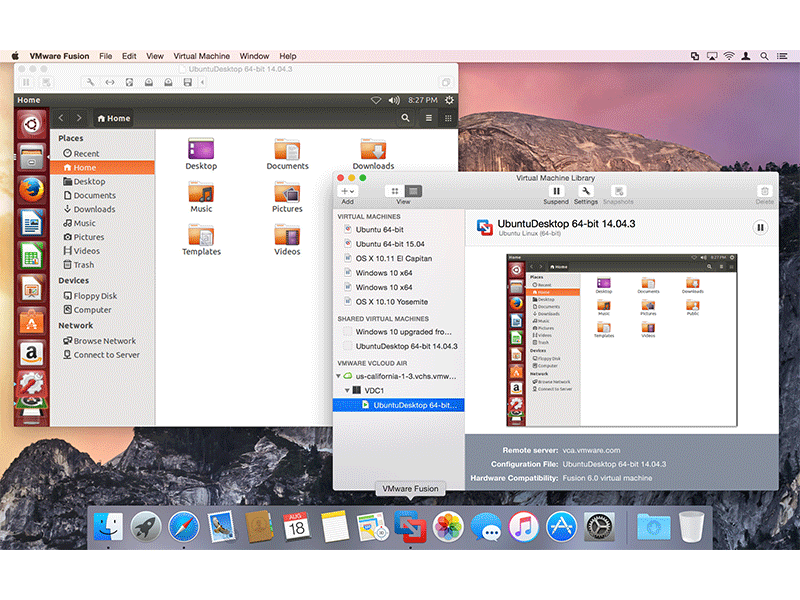