Apple is widely expected to unveil a new Apple TV on September 9th that will directly compete with the Xbox, PlayStation, and Wii, reports 9to5Mac. The device will have deep support for gaming, letting users easily download new titles from the App Store and control them with a bundled remote.

The newly bundled Apple TV remote control will include both tactile physical buttons and a touchpad interface. According to sources, one of the dedicated buttons will be a Home button, while another will be for activating the integrated microphone, triggering Siri control of the Apple TV. A source who has used the product says that “you can navigate [mostly everything] on the new Apple TV [solely] using the new Siri button.” The source also called the deep integration of Siri a “main focus” for the new box, as its convenience will appeal to non-gamers and gamers alike.

The remote is said to feature a replaceable battery and motion sensors that will let you use it as a steering wheel in racing games. However, it's reported that the remote uses Bluetooth to connect to the Apple TV, meaning it won't have the pointing capabilities that the Wii does.

The Apple TV will also support third party Bluetooth controllers similar to how the iPhone, iPad, and iPod touch do. It's likely that the device will have Bluetooth 4.2 and 802.11ac wireless support for improved data speeds, signal, and power consumption. 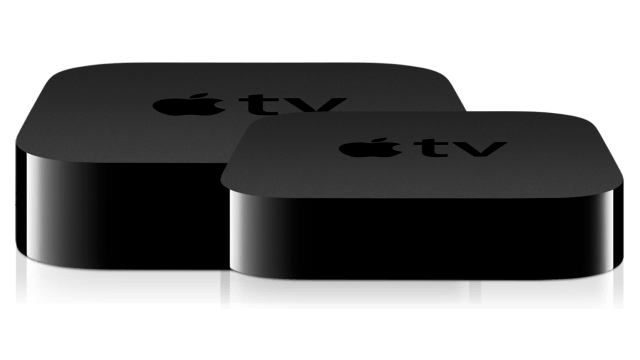