Apple continues to dominate the smart watch market, holding onto its sizable lead through the second quarter of Apple Watch shipments. The company has now shipped nearly 7 million smart watches since launch, a figure in excess of all other vendors’ combined shipments over the previous five quarters. In Q3 Apple was the only smart watch vendor to ship more than 300,000 units. The quarter also saw the release of the Pebble Time Steel, which helped the company ship more than 200,000 total smart watches, while Samsung’s Gear shipments declined ahead of the Q4 release of the Gear S2.

"After experiencing significant supply chain constraints early on, Apple managed to overcome its production struggles with the Apple Watch and is building momentum going into Q4," said Analyst Daniel Matte. "Shipments are steadily increasing as it has greatly expanded the Watch’s channel footprint internationally."

"watchOS 2 has brought native apps to the platform, and new colors and styles have refreshed the lineup, but Apple needs to continue to generate demand six months after launch", says VP and Principal Analyst Chris Jones.

Canalys sees other manufacturers battling for second place in Q4 as Fossil and Tag Heuer release their first smart watches ahead of the holiday season. 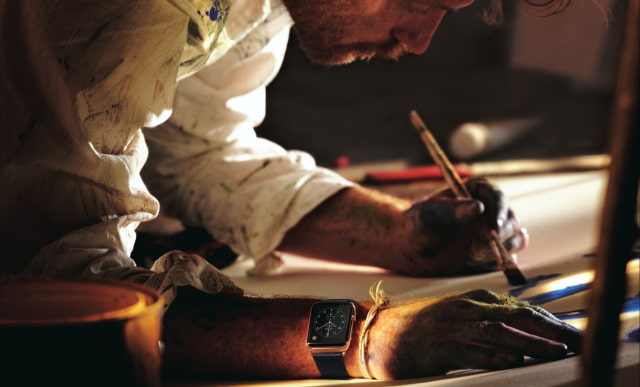 PHUKAI - November 5, 2015 at 12:26pm
Or because people understand quality compared to you! iPhone sales are about 1.5x these sales. Take a damn hint!
Reply · Like · Mark as Spam

meNotU - November 5, 2015 at 4:11am
Quote Two things are infinite: the universe and human stupidity; and I’m not sure about the universe!
Reply · Like · Mark as Spam

PHUKAI - November 5, 2015 at 12:27pm
Human stupidity applies in bad grammar or decisions. That's not the case here!
Reply · Like · Mark as Spam
Recent