Apple has launched a new billboard ad campaign for the Apple TV 4. Photos of the new ads have been surfacing on Instagram over the past few hours.

The billboards feature a modified version of the SMPTE color bars television test pattern using Apple's rainbow logo colors. They can be found in both landscape and portrait orientation.

Check out a few examples below! 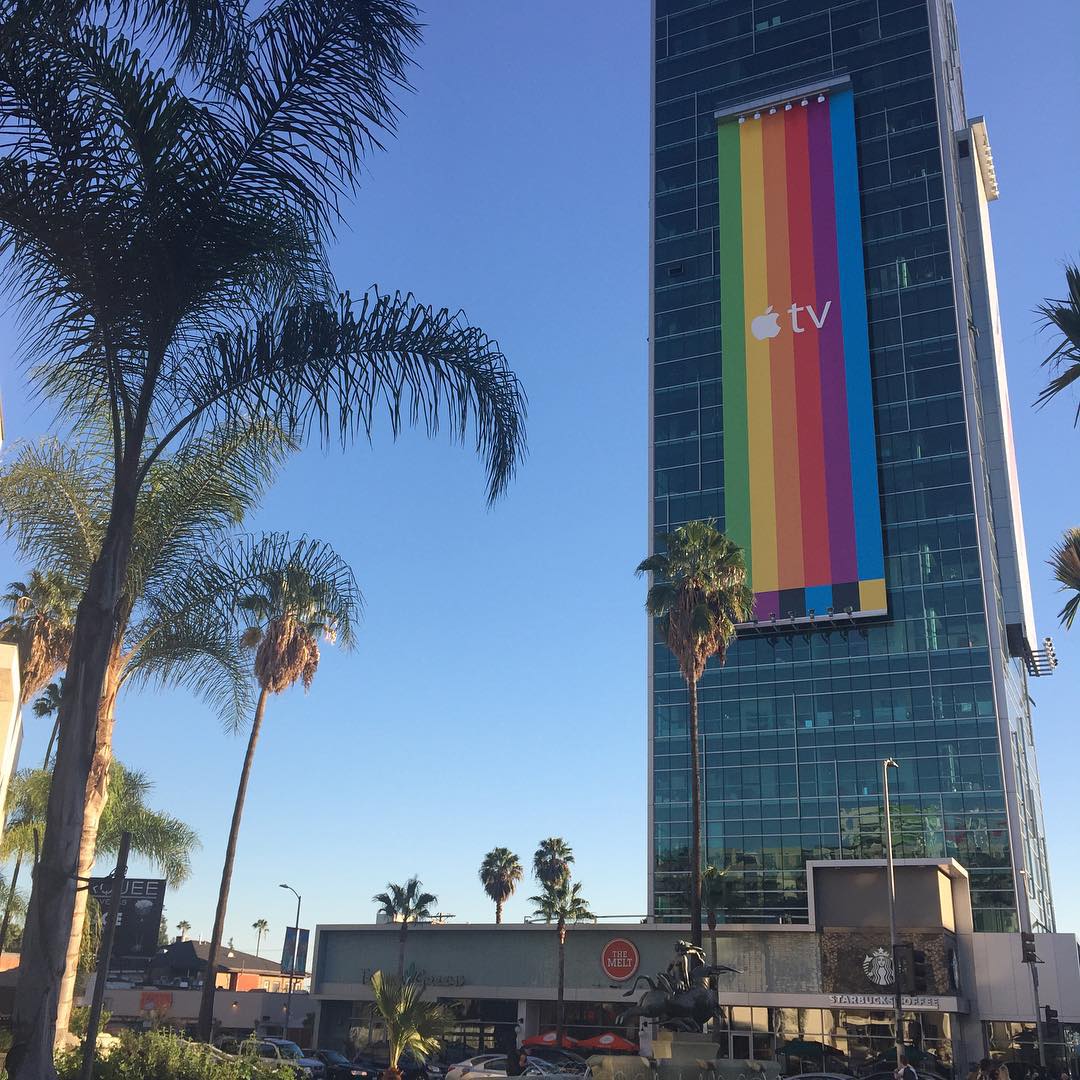 Wow... - November 25, 2015 at 1:25am
That's like saying air is gay, chemicals are gay, words are gay, materials are gay, energies are gay, keys are gay, food is gay, weather is gay, theories are gay. What more could you desperately compare?
Reply · Like · Mark as Spam
4 More Comments
Recent