Senator Tom Cotton (R- Arkansas) has issued a response to Apple CEO Tim Cook's comments on encryption during a 60 Minutes special last night. The Senator believes that Apple should be forced to design to a backdoor into its messaging system to allow for lawful searches.

"Apple is a distinctive company that has improved the lives of millions of Americans. But Tim Cook omitted critical facts about data encryption on 60 Minutes last night. He claimed that Apple does not comply with lawful subpoenas because it cannot. While it may be true that Apple doesn't have access to encrypted data, that's only because it designed its messaging service that way. As a society, we don't allow phone companies to design their systems to avoid lawful, court-ordered searches. If we apply a different legal standard to companies like Apple, Google, and Facebook, we can expect them to become the preferred messaging services of child pornographers, drug traffickers, and terrorists alike--which neither these companies nor law enforcement want. Our society needs to address this urgent challenge now before more lives are lost or shattered."

Cotton appears not to understand that a backdoor into a system is a backdoor for anyone, not just law enforcement. It will be found and used without a court-ordered search.

Ever since Apple improved the security of its mobile operating system, law enforcement officials have been conducting a multi-year sustained effort to hack the security of Apple iPhones and iPads. In addition, the FBI has been pushing Congress to pass laws mandating that companies give the government access to data on devices through a "back door."

Apple CEO Tim Cook has repeatedly had to defend citizens' right to privacy. “None of us should accept that the government or a company or anybody should have access to all of our private information. This is a basic human right. We all have a right to privacy. We shouldn't give it up. We shouldn't give in to scare-mongering or to people who fundamentally don’t understand the details.”

Let us know your thoughts in the comments. Should Apple be forced to install a backdoor into your device so the government can gain access to your messages and data? 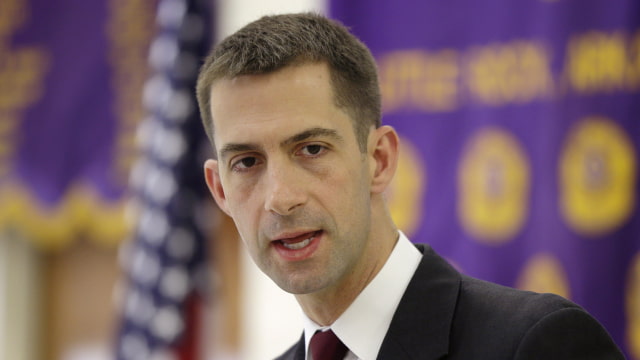 JoshvanHulst - December 31, 2015 at 9:21pm
No one has the right to my privacy to peer in my communications by any means. We all need to press Apple to no cave any other technology companies to build strong encryption messaures
Reply · Like · Mark as Spam
1

Tjp - December 28, 2015 at 7:39pm
If Apple caves to government demands, and redoes the protocol, over a couple releases so older iOS and Mac OS versions (maybe on devices that can't upgrade to the current os versions) on devices can be slowly obsoleted or updated, then what do you think will happen? Someone like me will release an end to end encrypted replacement. You have a right to keep your communications safe. "The right of the people to be secure in their persons, houses, papers, and effects, against unreasonable searches and seizures, shall not be violated, and no Warrants shall issue, but upon probable cause, supported by Oath or affirmation, and particularly describing the place to be searched, and the persons or things to be seized." - See more at: http://constitution.findlaw.com/amendment4.html#sthash.QIZfkBjW.dpuf If you provide a generic backdoor ability where Apple can access the iMessages content, then so can someone else. Witness the "Clipper chip" which had mandated backdoors. Broken and useless in short order. Or Jupiter Networks gear where they are still (NSA) trying (NSA) to determine (NSA) who (NSA) installed a (NSA) piece of (NSA) rogue software (NSA) allowing the intru(NSA)sions.
Reply · Like · Mark as Spam
1

SimplySlick - December 23, 2015 at 10:34pm
Your mom gave me the master key to her panties. That was pretty to obtain since she's an open source kind of gal.
Reply · Like · Mark as Spam
41 More Comments
Recent