The Steve Jobs movie written by Aaron Sorking and starring Michael Fassbender, Kate Winslet, and Seth Rogen, is now available for purchase on Blu-ray and DVD.

--
Set backstage at three iconic product launches and ending in 1998 with the unveiling of the iMac, Steve Jobs takes us behind the scenes of the digital revolution to paint an intimate portrait of the brilliant man at its epicenter.

The Steve Jobs film did poorly in theaters but has been reviewed well. Both Michael Fassbender and Kate Winslet have received Oscar nominations for their roles in Steve Jobs. The movie has already won two Golden Globes for 'Best Screenplay - Motion Picture' (by Aaron Sorkin) and 'Best Performance by an Actress in a Supporting Role in any Motion Picture' (Kate Winslet).

Take a look at the trailer below... 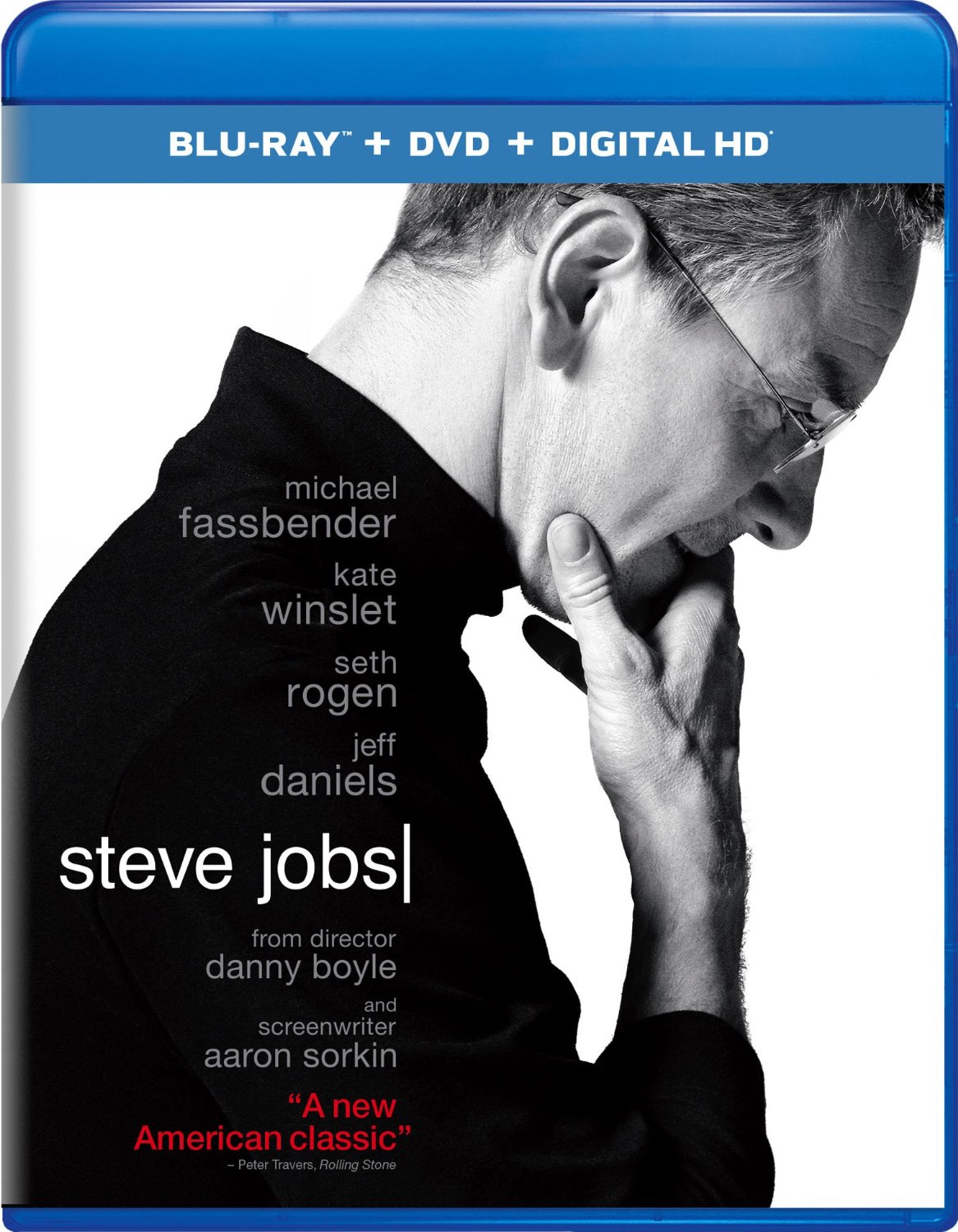 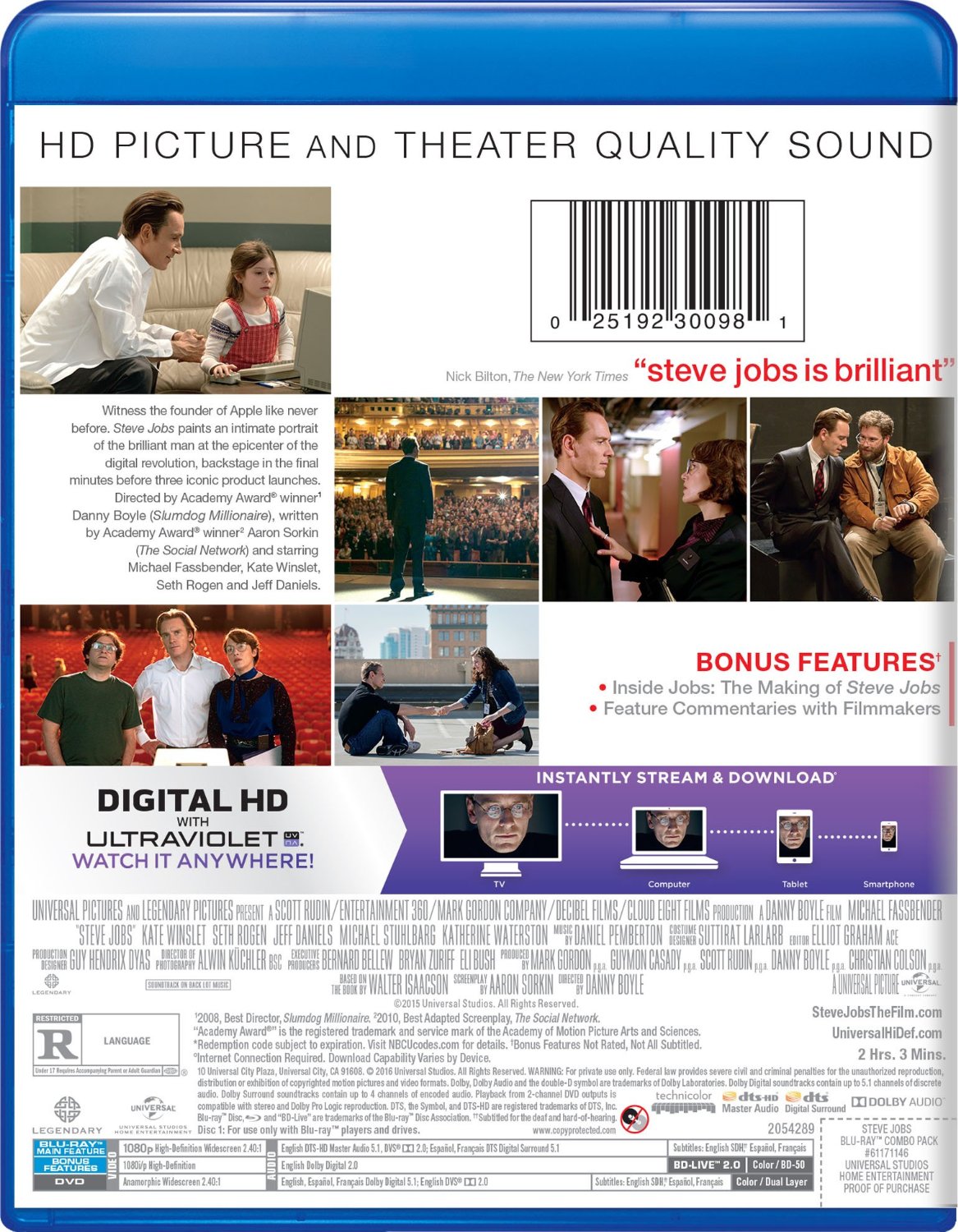