Apple has released a fifth beta of iOS 9.3 to developers for testing. The build number is 13E5225a. It's expected to restore Apple Pencil navigation capabilities on the iPad Pro.

This is a pre-release version of iOS 9.3 for iPhone, iPad, and iPod touch. Devices updated to iOS 9.3 can not be restored to earlier versions of iOS.

Developers can download the new build from the link below... 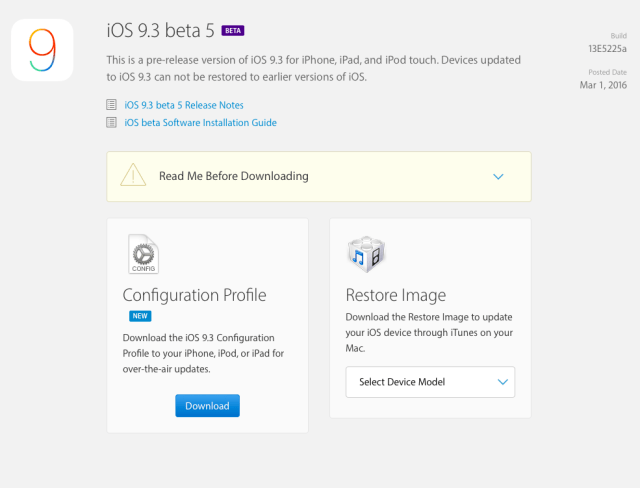