Apple CEO Tim Cook has been named to TIME's 'The 100 Most Influential People' list for 2016.

TIME categorizes Cook as a 'Titan' and Bob Iger, chairman and CEO of Walt Disney Co., has written a short essay summarizing Cook as a leader.

-----
Apple’s core
Apple is known for elegant, innovative products that change the world by transforming how we connect, create and communicate, as well as how we work, think and act. Its continued success requires a leader of great courage and character who demands excellence, upholds the highest ethical standards and routinely challenges the status quo, including encouraging vital conversations about who we are as a culture and a community.

Tim Cook is that kind of leader.

Behind his soft-spoken demeanor and Southern manners is a focused fearlessness that comes from deep personal conviction. Tim is committed to doing the right thing, in the right way, at the right time and for the right reasons. As CEO, he’s led Apple to new heights, and he continues to build a global brand that is universally recognized as an industry leader and widely respected for its values.
-----

Other titans include Priscilla Chan and Mark Zuckerberg, Pope Francis, Sundar Pichai, and more. You can find the full list at the link below... 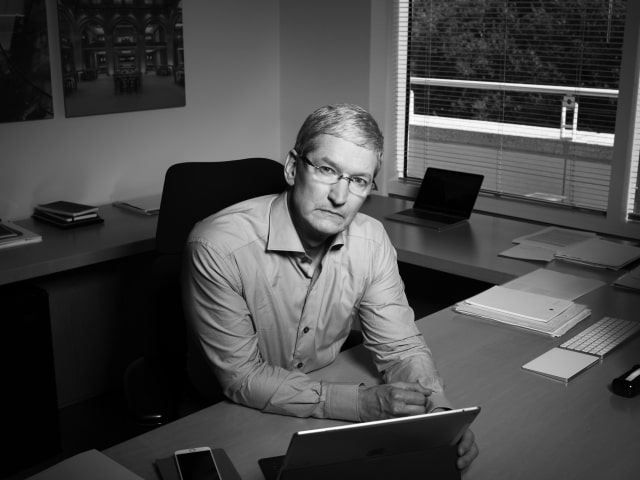 clown - April 21, 2016 at 10:04pm
Dispite the hatred over apple products they do very well. Like a great musician said and did till the end try to please the masses of people. You simple dont buy the products if you dont like them. The fact many criticisms over the product exist. But like a ceratin musical musician did what he believes is what people will like. Their sales prove far more people like their products then some believe.
Reply · Like · Mark as Spam

jellycat - April 21, 2016 at 8:54pm
Enou said and done. This still proves that Apple still has potential. This shows that I'm looking forward to the rest of the year with Apple!
Reply · Like · Mark as Spam
1 More Comment
Recent