Apple today revealed its new store on San Francisco’s Union Square, offering many new features and services rolling out to Apple retail stores worldwide. The company opened its first store in San Francisco on Stockton Street in 2004 with about 100 employees. The team moving to Union Square has grown to 350 and welcomed more than 20 million visitors.

“Fifteen years ago today Apple opened its first two stores and we’re thrilled to mark the occasion with the opening of Apple Union Square in San Francisco,” said Angela Ahrendts, Apple’s senior vice president of Retail and Online Stores. “We are not just evolving our store design, but its purpose and greater role in the community as we educate and entertain visitors and serve our network of local entrepreneurs."

"We have a deep commitment to the cities we work in, and are aware of the importance that architecture plays in the community,” said Jonathan Ive, Apple’s chief design officer. "It all starts with the storefront — taking transparency to a whole new level — where the building blends the inside and the outside, breaking down barriers and making it more egalitarian and accessible.”

Features in the new Apple Union Square design include:
● “The Avenue,” inspired by the window displays along a boulevard that dynamically change with the season. Avenue walls are interactive themed “windows” where Apple’s products and services come to life, from music, to creativity, apps, photography and more. New “Creative Pros,” Apple experts in creative arts, offer advice and expertise at each of the displays. Customers will also find “Only at Apple” products on the Avenue, a curated collection of third-party accessories.
● “Genius Grove” invites customers to get support working side-by-side with Geniuses under the comfortable canopy of local trees in the heart of the store.
● “The Forum” is a vibrant gathering place, centered around a 6K Video Wall. It is home to “Today at Apple,” which brings to the community the world’s most talented artists, photographers, musicians, gamers, developers and entrepreneurs to inspire and educate our customers to go further with the things they are passionate about. Today at Apple includes year-round programs for kids, new monthly events for teachers, sessions for current and aspiring developers, Creative Sessions in partnership with local experts in creative arts, Game Night with editors from Apple’s App Store and more. The Forum and Video Wall are a place of discovery, including events about the making of movies from iTunes, or exclusive premieres of new music and music videos from Apple Music™.
● “The Plaza” will be found only at Apple’s most significant stores, including Apple Union Square. It’s open to the public 24 hours a day, features public Wi-Fi and seating, and takes Today at Apple outside, with a regular weekend series of well known local acoustic performances such as Travis Hayes and global talents like Escondido, who will then give exclusive interviews about their craft in the Forum. The Plaza at Apple Union Square features a fountain by well-known San Francisco sculptor Ruth Asawa, originally commissioned in 1969, and a new work, “Love” by local artist Laura Kimpton, commissioned by Hyatt Hotels.
● “The Boardroom” is an intimate space where the store’s Business Team offers hands-on advice and training to entrepreneurs, developers and other small and medium business customers.

Apple says it's also working with the Ruth Asawa School of the Arts to build a visual arts lab with 45 workstations outfitted with the latest Apple products.

The new store will open its signature 42-foot tall sliding glass doors to customers on Saturday, May 21 at 10 a.m. 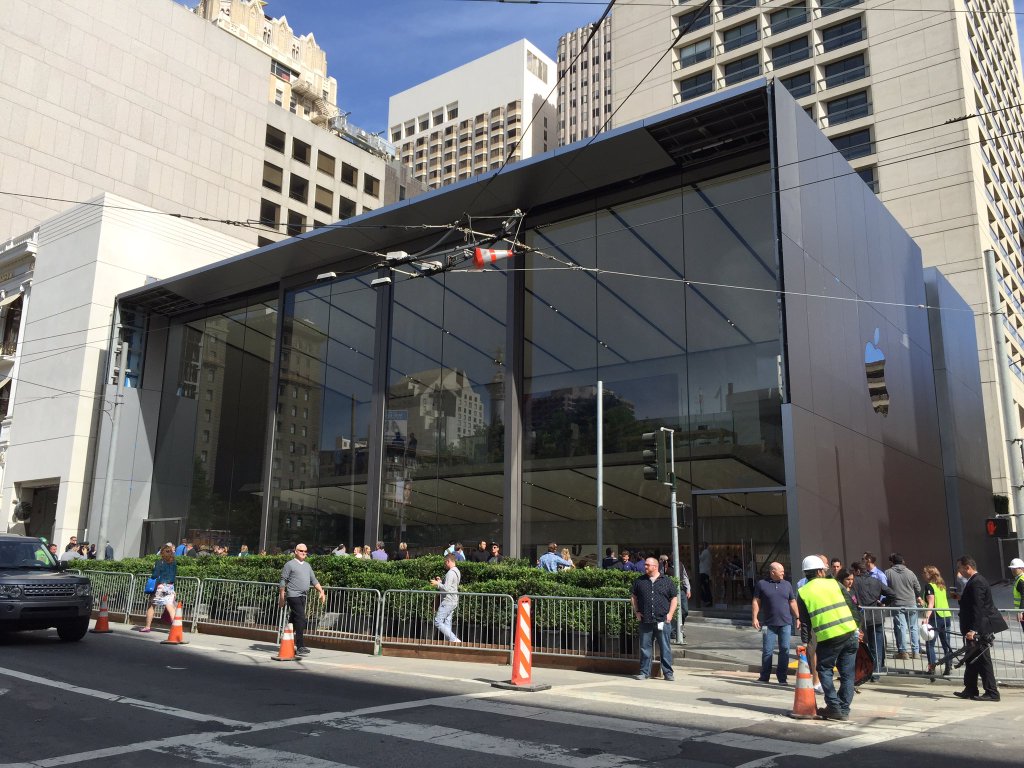 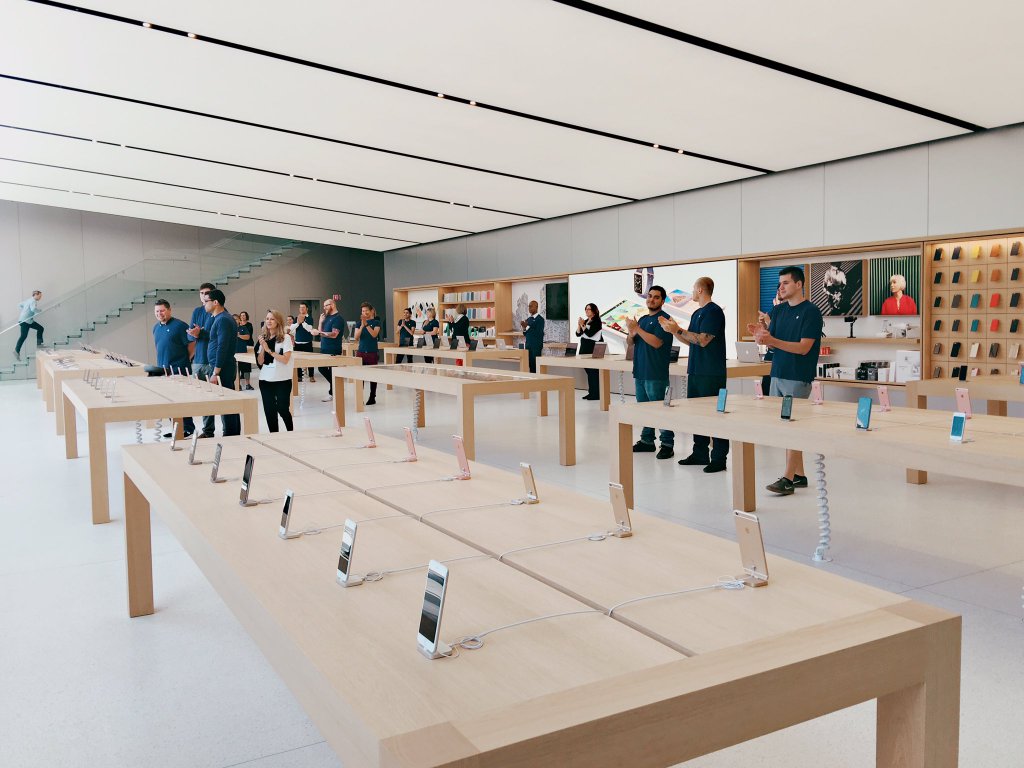 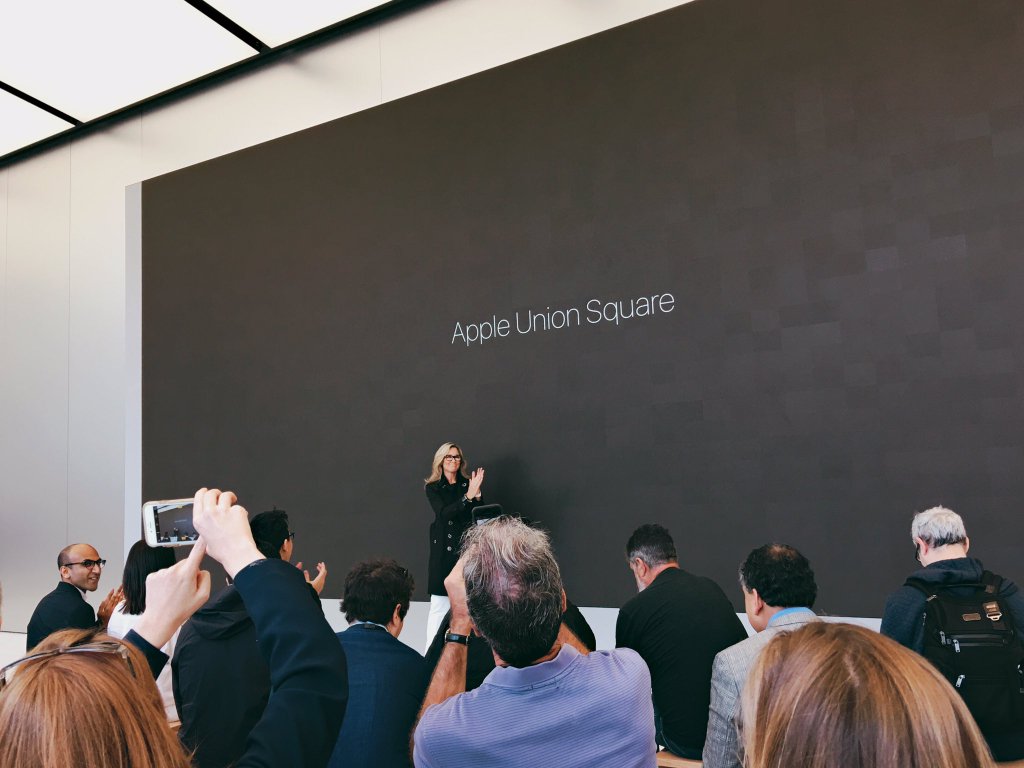 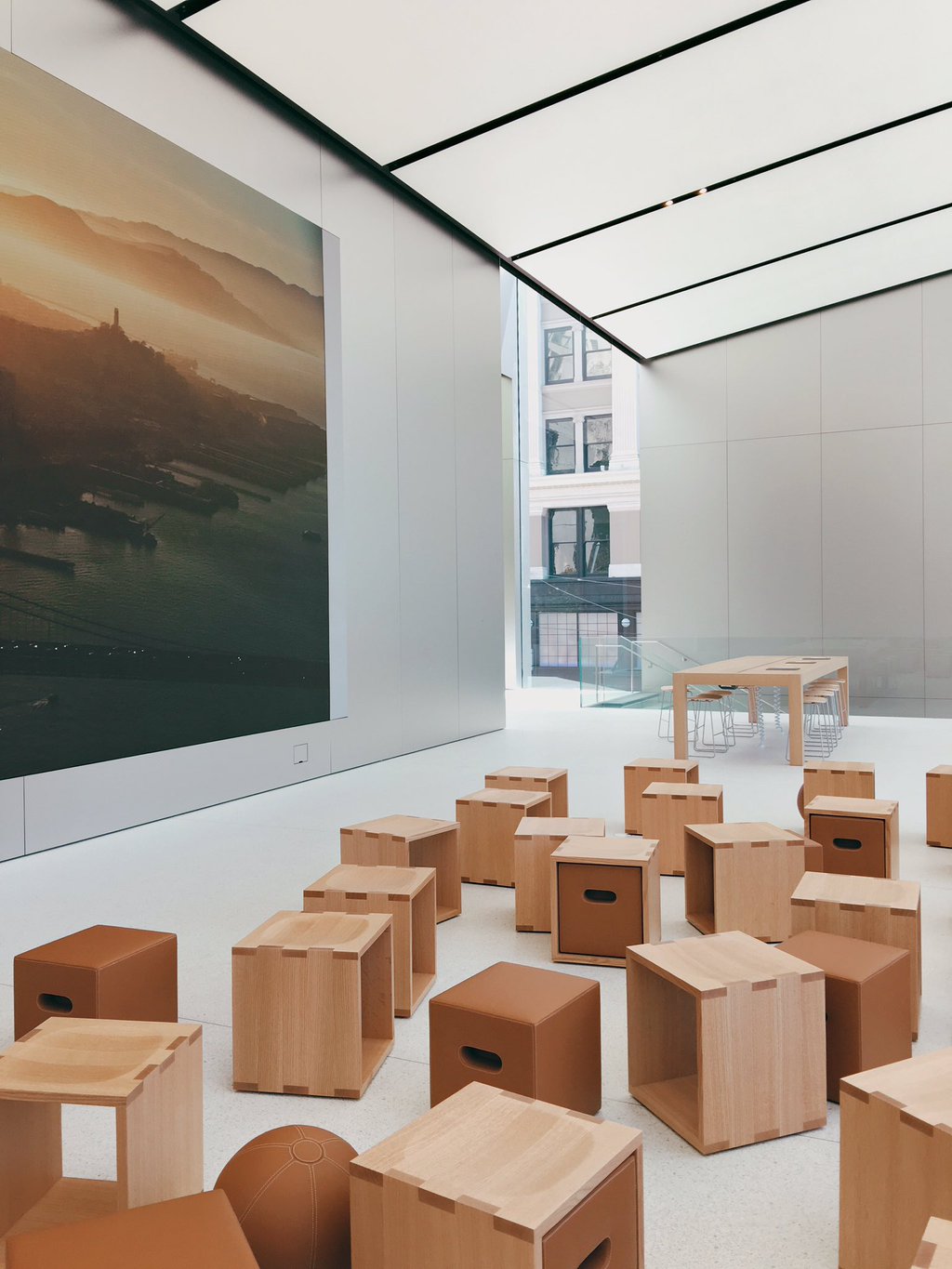 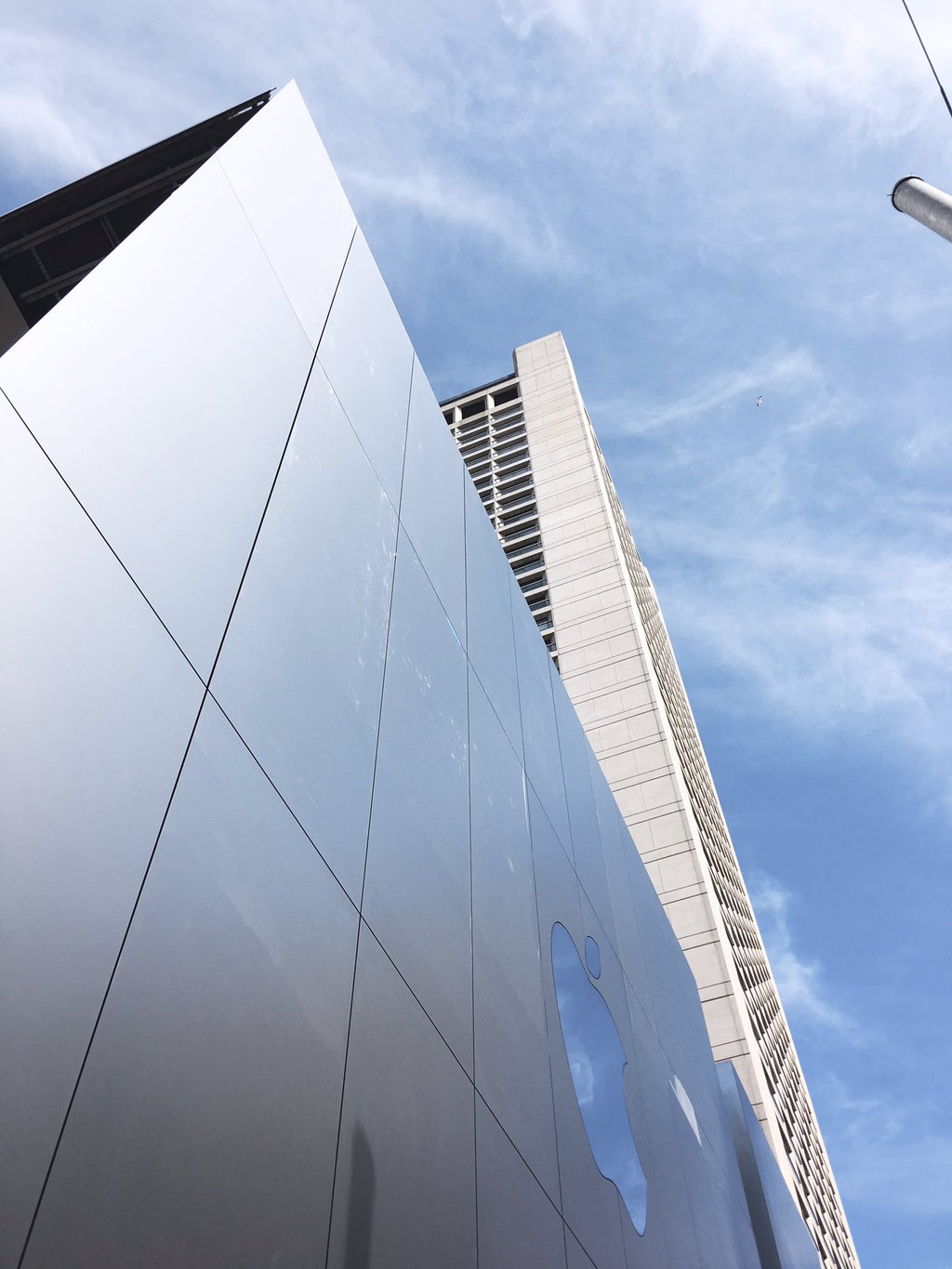 Mannnie dun yippie! - May 20, 2016 at 2:05am
Did anyone else completely not even read the text and just scrolled down to see the picture?
Reply · Like · Mark as Spam

Mannnie dun yippie! - May 20, 2016 at 2:04am
It's black! Does that mean they are going to begin selling back Mac's again? That would be kinda cool! On second thought that building looks more like a space grey.
Reply · Like · Mark as Spam