The site referenced the update in report on lackluster adoption of USB-C by notebook manufacturers.

Currently, Apple has decided to adopt the USB Type-C interface for its MacBook Air, while Asustek Computer and Hewlett-Packard (HP) are upgrading one of their notebooks' regular USB port to the Type-C. Lenovo, Acer and Dell are still evaluating the option.

There are two reasons notebook makers have been slow to adopt USB-C according to the site. First, the interface has an electric current higher than previous generation interfaces which could lead to interference and heat dissipation problems when adopting too many at once. Second, to obtain high speed transmission it requires an amplifier chip, a receiver chip and a special-spec transmission wire, which significantly raise product costs.

Much of Apple's MacBook line up is in desperate need of an update. Thankfully the company is said to be planning a major update to the MacBook Pro which a new OLED display touch bar above the keyboard, USB-C/Thunderbolt 3, and Touch ID. It's expected to arrive in the fourth quarter of 2016. 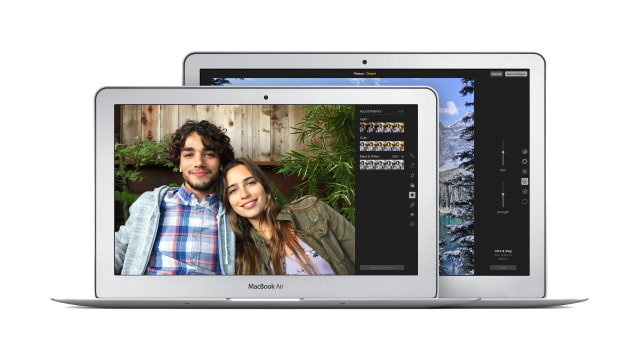 Ian Forsey - July 28, 2016 at 5:35am
I personally think Apple have and will loose sales with the USB 3 port/s. Many of my friends have not updated to the new connection. Add this fact world wide and I can see a bid dip in sales.
Reply · Like · Mark as Spam

Al Watree - July 28, 2016 at 1:23pm
So they won't lose sales with the Air, but with USB 3 ports. I know few people who continuously upgrade to the recent versions of MacBook Air and with USB 3, I can use external ssd's to take advantage of extra performance boost as long as I have those ports.
Reply · Like · Mark as Spam

Reiman - July 28, 2016 at 4:32am
It's weird... if u buy usb-c-only Apple computer u cannot connect ur Apple phone to it without an 30€ adapter. Sure u have wireless connection between iTunes and ur iPhone, but u cannot turn the wireless connection on without first connecting with cable. Makes sense
Reply · Like · Mark as Spam

. - July 27, 2016 at 8:13pm
I was close to finally getting a MacBook Air with USB 3 after all this time of how impossible it was for me to not get a job and slowly saving up because of it, and now it's announced that one with USB-C. is coming? I can wait, but I hope price remains the same even if USB-C does affect it a little.
Reply · Like · Mark as Spam