Apple is planning to unveil three new laptops at its Worldwide Developer Conference next month, reports Bloomberg. The move is viewed as an attempt to offset new competition from Microsoft and declining iPad sales.

Apple is planning three new laptops, according to people familiar with the matter. The MacBook Pro will get a faster Kaby Lake processor from Intel Corp., said the people, who requested anonymity to discuss internal planning. Apple is also working on a new version of the 12-inch MacBook with a faster Intel chip. The company has also considered updating the aging 13-inch MacBook Air with a new processor as sales of the laptop, Apple’s cheapest, remain surprisingly strong, one of the people said.

The new MacBook is thought to differ mostly in internal architecture. It's been rumored that Apple is working on an in-house chip to manage low-power mode; however, it's unclear if that will debut in the upcoming model.

Apple's MacBook hasn't received a speed bump since 2015 and the 12-inch MacBook was last updated in April 2016. The company is expected to also unveil a new version of macOS at WWDC. 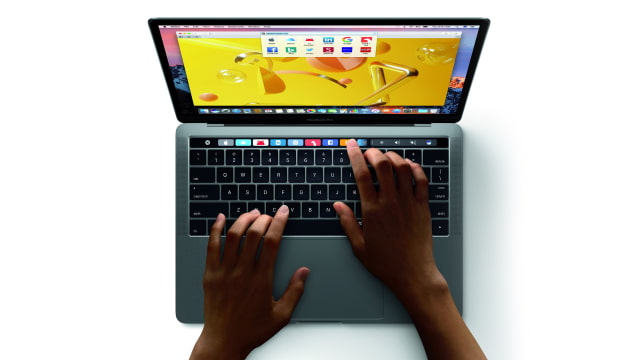 Teddo - May 19, 2017 at 3:50pm
Oh man cant imagine but they're even seem considering removing the screen. To create a level playing field with the vision impaired...TC please stop
Reply · Like · Mark as Spam

wurtz - May 17, 2017 at 7:48pm
The touchbar has to be one of the biggest blunders ever. Apple was trying to satisfy users who want an all-in-one computer/tablet hybrid but they didn't want to cannibalize sales of the iPad. So they just add a touchscreen element... This is what happens when financial considerations come first and innovation takes a back seat. If Apple made their version of the surfacebook it would be totally killer. Will it ever happen though? Not likely any time soon. Even if they just made the screen a touchscreen and flippable I would love it I think. As it is I can't see buying one of the MacBooks right now. I currently still use a MacBook Air mid-2011 which is still very nice since I was able to upgrade the ssd and hard disk via OWC upgrades... Where to go next?
Reply · Like · Mark as Spam

SayingWhatEveryonesThinking - May 17, 2017 at 3:31am
It's rumored Apple will bring back the MagSafe power cord and other often used ports to cut down on the need to have adapters for everything a user would need. Oh wait, it's not? They're removing the headphone jack now too? Ugh.
Reply · Like · Mark as Spam
Recent