Lisa Bridgett, 45, was speaking on her iPhone following the Ariana Grande concert when an explosion sent a steel nut hurling towards her head. An attacker, identified as Salman Ramadan Abedi, detonated a shrapnel-laden improvised explosive device at the exit as concertgoers were leaving. The horrific attack resulted in the loss of 22 lives and injured 116.

Bridgett's husband Steve recently revealed on Facebook that her iPhone may have saved her life. The steel nut hit her finger, went into her phone, eventually coming to rest her in nose. Steve believes that the phone likely slowed it down and diverted it.

---
Well here goes.....Lisa is in a positive mood and feels very lucky to be alive, witnessing first hand what could of been ! She has suffered multiple injuries including losing the middle finger from her left hand, which was caused by a steel nut that hit her finger then into her phone and eventually coming to rest in her nose.....she has a fractured ankle caused by shrapnel, and also a Large bullet hole wound to her thigh.....other cuts and bruises as you can well imagine.....the fact she was on her phone at the time as probably saved her life (thanks Vickie Lord).....as the nut has hit her phone which has more than likely not only diverted it, but also slowed it down considerably....her nose is fine as the nut entered through her cheek, so just a scar to deal with!

She'll have a pot on for a few weeks and pins in her ankle so a bloody pain in the arse at airport security!! This may seem a bit graphic but at the end of the day it's a reality...she will make a full recovery although I don't think the finger will grow back! All of us want to thank the police for their incredible work after the incident and all the staff at both the MRI and Wythenshawe for all the work they have done and are doing.....and in particular, Peter (the steward) at the MEN for helping Lisa outside and getting her to safety, I have spoken to Peter since and we are going to meet up.....onwards and upwards.....she'll soon be propping the bar up again!
Thank you for everyone's wishes and offers of support....it means a lot xxx
--- 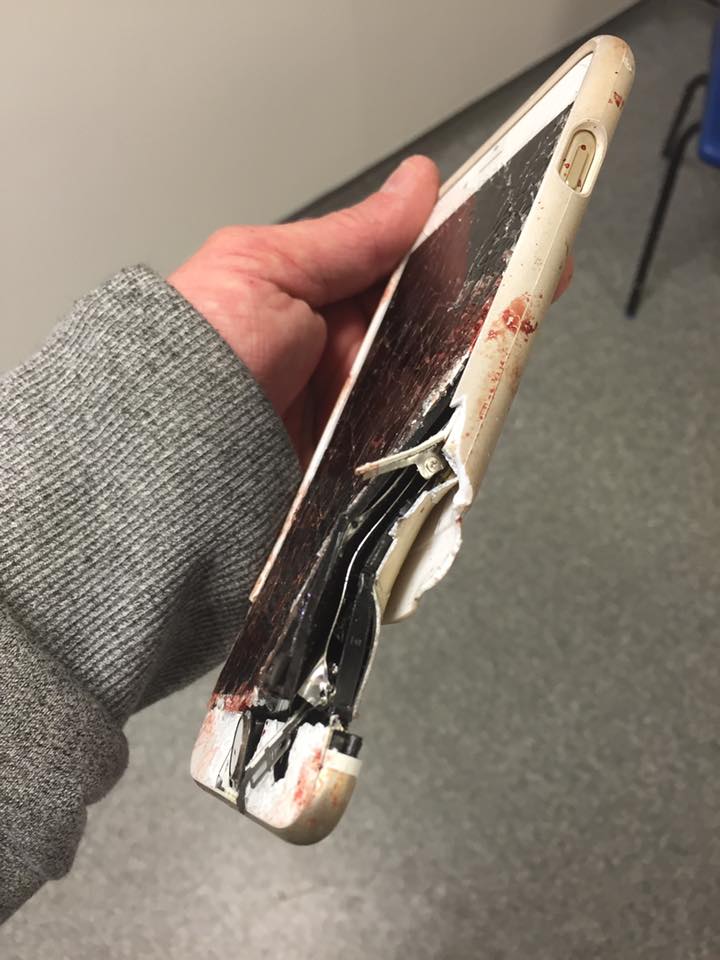