Primate Labs has published its Geekbench scores for the new 2017 27-inch Apple iMac. The benchmarks are compared to the Mac Pro as well.

Overall the new iMac with a Core i7 processor and Radeon 580 graphics is the fastest Mac available today. Only if you need to take advantage of parallel tasks or multiple GPUs should you consider a current Mac Pro.

Apple also unveiled a new iMac Pro at WWDC and has promised a redesigned Mac Pro so professional users may want to wait for those if they can. 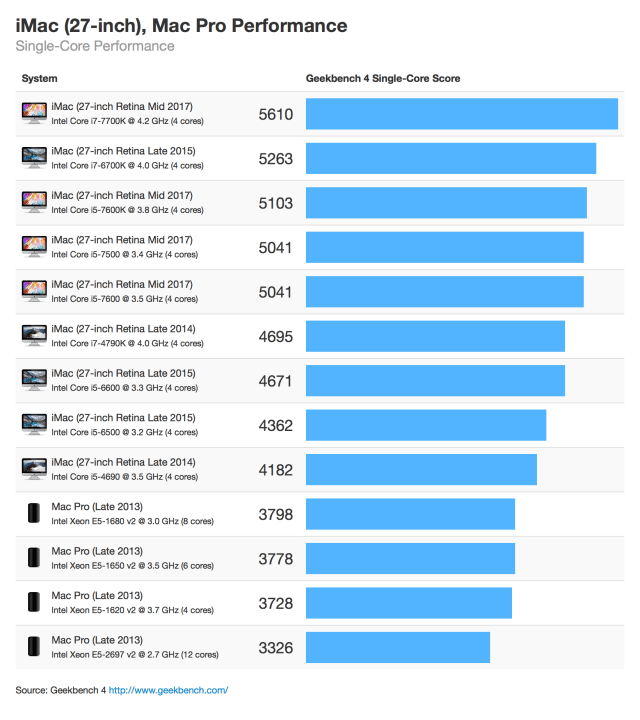 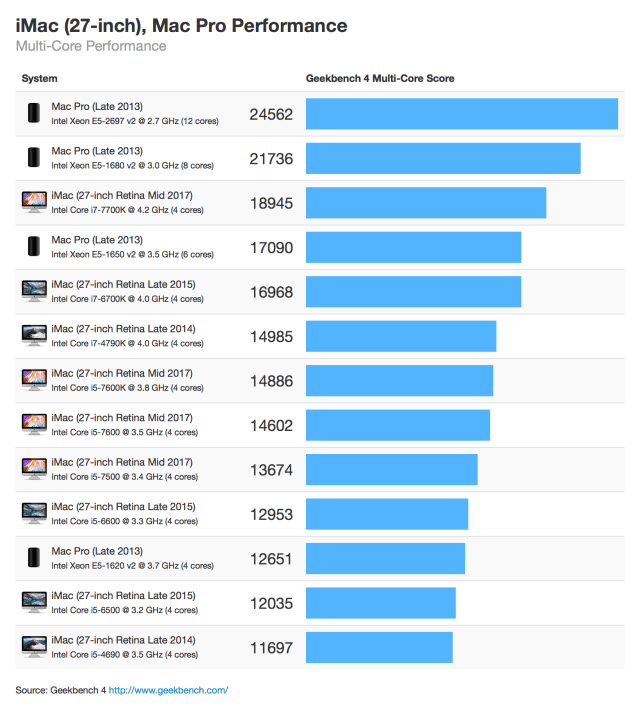 GPU Performance
GPU performance has improved considerably with an increase of up to 80% when compared to the equivalent 2015 model. Even the “low-end” Radeon Pro 570 in the 2017 model is faster than the “high-end” Radeon R9 M395X in the 2015 model. 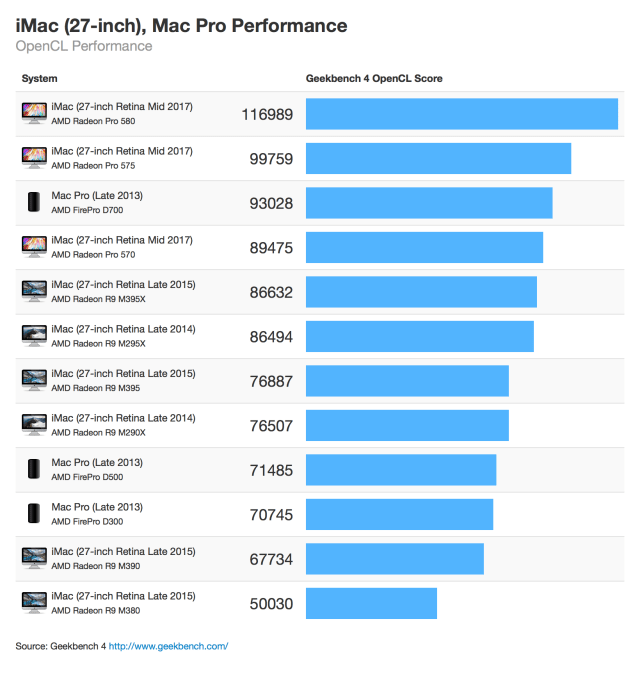