Memory Cards, Gaming Headsets, Other Peripherals On Sale for Up to 40% Off [Deal]

DxO Labs has posted its review of the cameras on the new iPhone 8 and iPhone 8 Plus.

The Apple iPhone 8 Plus is the best-performing mobile device camera we have ever tested. Its overall DxOMark Mobile score of 94 sets a new record, beating out the 90 points for both the Google Pixel and the HTC U11, as well as the 92 that its sibling iPhone 8 just scored. Its Photo score of 96 is also a new record, blowing past the Pixel’s 90. For Video, its score of 89 is among our highest, but tied with the HTC U11 and slightly below the Pixel’s 91. Of course, the Pixel is nearly a year old now, so it makes sense that Apple’s new flagship is breaking new ground. 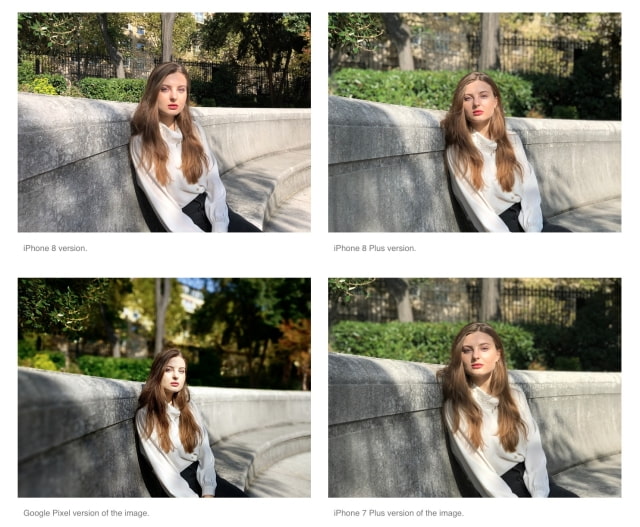 iPhone 8 Plus:
Pros (Photos)
● One of the best HDR performances of any device we have tested
● Excellent use of face detection to accurately expose faces
● Overall, the best zoom we’ve tested
● Best Bokeh we’ve seen in a mobile device, but still room for improvement 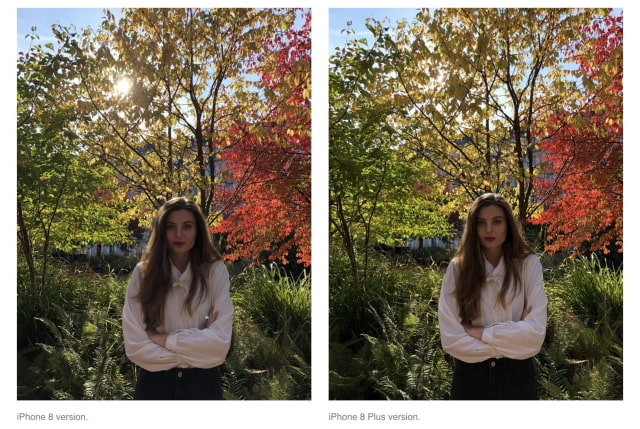 DxO also reviewed the camera on the iPhone 8 saying, "The Apple iPhone 8 is one of the best-performing mobile device cameras we have ever tested at DxOMark. Its overall score of 92 puts it ahead of every smartphone camera we’ve tested other than its larger and more expensive sibling, the iPhone 8 Plus."

The site says it looks forward to testing the iPhone X as its wider aperture and OIS on both cameras should place it on the cutting edge of zoom and portrait performance.

Hit the links below for the full reviews! 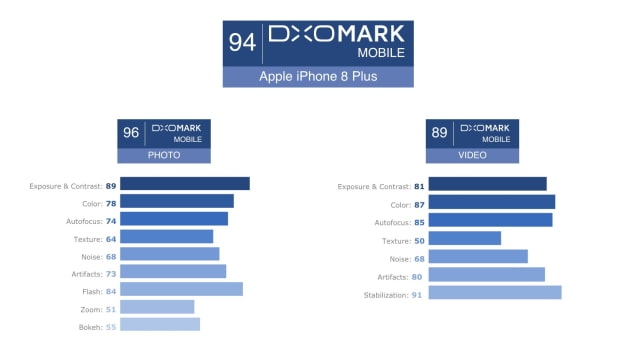 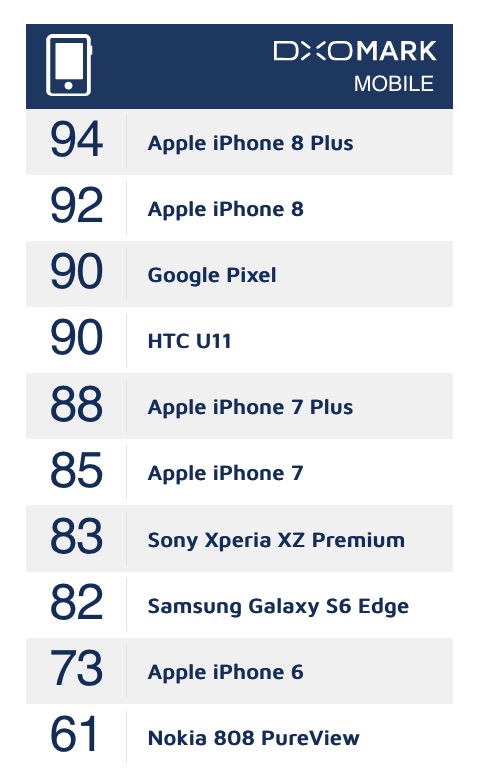 Zuzu+Boy - September 24, 2017 at 5:12pm
Just FYI, these new scores are based on dxo's new camera metrics. The S8 and Note 8 scores haven't been updated with the new metrics yet. If you look at the individual scores of how the iPhone 8 faired against the S8 or Note 8, all scores are higher on the S8 and the Note 8. I'm pretty sure when dxo updates their ratings, they will bypass the current gen iPhone scores easily.
Reply · Like · Mark as Spam

Durrr - September 23, 2017 at 2:43am
Also these camera phones are all still pathetic iq-wise compared to a small point-and-shoot with a 1" sensor. Portrait mode is for people who know nothing about photography and actual bokeh.
Reply · Like · Mark as Spam

Durrr - September 23, 2017 at 2:35am
In the top example showing 4 images of the seated girl the Google Pixel image is by far the best looking.
Reply · Like · Mark as Spam