Apple has received EEC certification for eleven new iPhone models which could all be variants of a new iPhone SE 2, reports Consomac.

An update to the iPhone SE this year has been rumored quite a few times over the last few months. Although a second quarter update was described as unlikely by KGI Securities analyst Ming-Chi Kuo, the Eurasian Economic Commission has proved a reliable source of information in the past. It revealed the two new iPad models Apple just launched, new MacBooks that were revealed at WWDC 2017, and more.

It's unclear if Apple plans to unveil the new devices with an event, a press release, or at WWDC. Please follow iClarified on Twitter, Facebook, Google+, or RSS for updates. 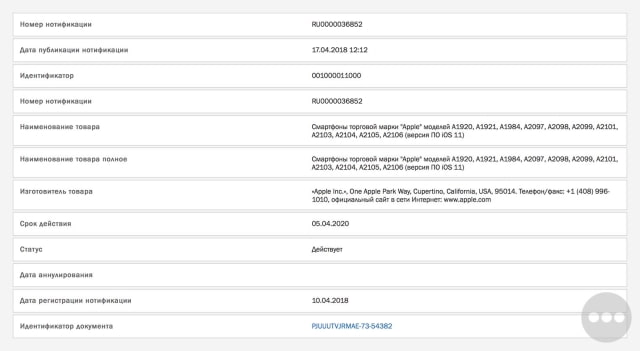 D4xM4Nx - April 18, 2018 at 2:16pm
If Apple indeed updates the iPhone SE, that'll be sweet news!! I love the bigger-screened iPhones, but won't ignore the convenience of a better pocketable handset.
Reply · Like · Mark as Spam
Recent