Apple has released iOS 11.4 beta 6 to developers for testing just three days after the fifth beta. The build number is 15F5079a.

The first beta of iOS 11.4 brought back Messages in iCloud which was removed from the public release of iOS 11.3. AirPlay 2 has also resurfaced and Apple is introducing a new ClassKit framework in iOS 11.4 for developers. 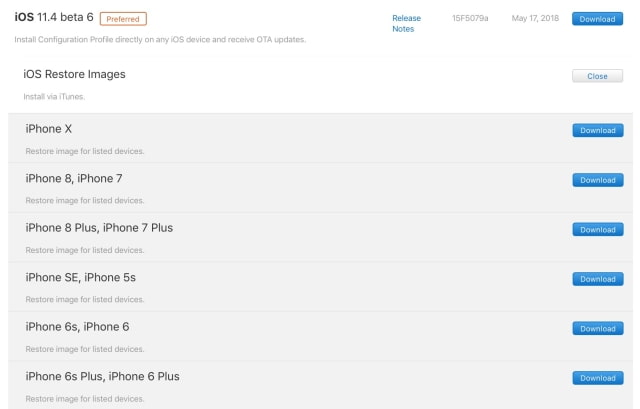