Zhao posted the video to Youku and announced it on Twitter. Unfortunately, there's no indication of whether or not he plans to release the jailbreak publicly. Even if he does, it likely wouldn't happen before the final version of iOS 12 is available.

Currently, we are waiting on an Electra jailbreak of iOS 11.3.1 from CoolStar that's 'coming soon'. Additionally, Jonathan Levin has announced plans to update LiberiOS and LiberTV. 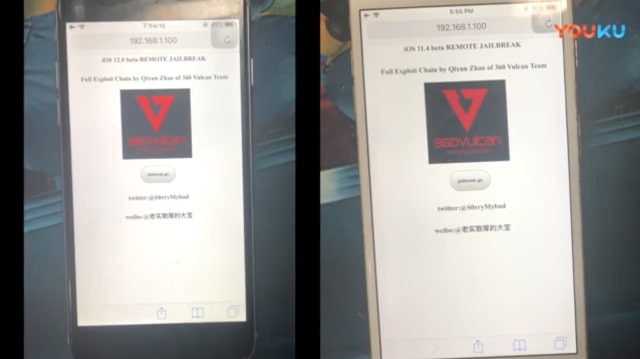 ichild - June 25, 2018 at 8:52pm
Stop bs-ing people out will become public eventual it always does just like when iOS 11 got jb or done said the same thing but once it's got root access everything else is history. People will just have to wait it out that's all.
Reply · Like · Mark as Spam

joshman3000 - June 23, 2018 at 12:54am
Well I don’t know the most about how to create a jailbreak but I do know Cydia path what ever that mean isn’t what jailbreaking is it gaining root access to the device allowing thing like cydia to be used.
Reply · Like · Mark as Spam

D4xM4Nx - June 22, 2018 at 7:41pm
All these people may stop from calling their work a 'jailbreak'... clearly isn't following Cydia's path at all. They want to make it sound catchy to draw attention to them, Morpheus' involvement hardly means a thing. More like an ad for agencies, private buyers, highest bidders and who knows.
Reply · Like · Mark as Spam
Recent