Apple has released the fifth beta of iOS 12 to developers for testing. The build number is 16A5339e. 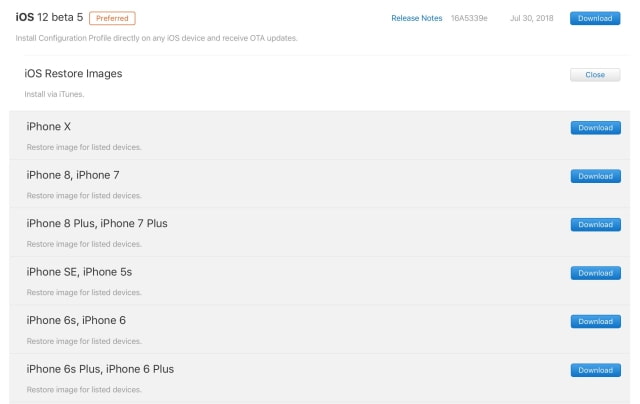