Apple does not plan on reintroducing Touch ID to its iPhones next year, according to analyst Ming-Chi Kuo.

Recent rumors have suggested that Apple is working on display technology that would allow for fingerprint detection through the screen; however, Kuo believes that Apple will likely continue using Face ID alone.

While Apple won't implement the technology, Android manufacturers are allegedly eager to adopt it as a way to distinguish their devices from the iPhone.

All main Android brands currently treat FOD as the important function to differentiate themselves from iPhone (we expect 2H19 iPhone models will not support FOD). The reasons are as follows: (1) The user feedback on the iPhone is lower than expected. (2) The user feedback on the first FOD smartphone, Vivo's X21 FOD version, is higher than expected, and (3) FOD is the best fingerprint recognition solution for the full-screen design which is necessary for a high-end smartphone.

It's believed that Android manufacturers are a still a year or two away from replicating Face ID but on display fingerprint recognition could arrive to numerous devices over the next year. Samsung is expected to debut the technology in its upcoming Galaxy S10. 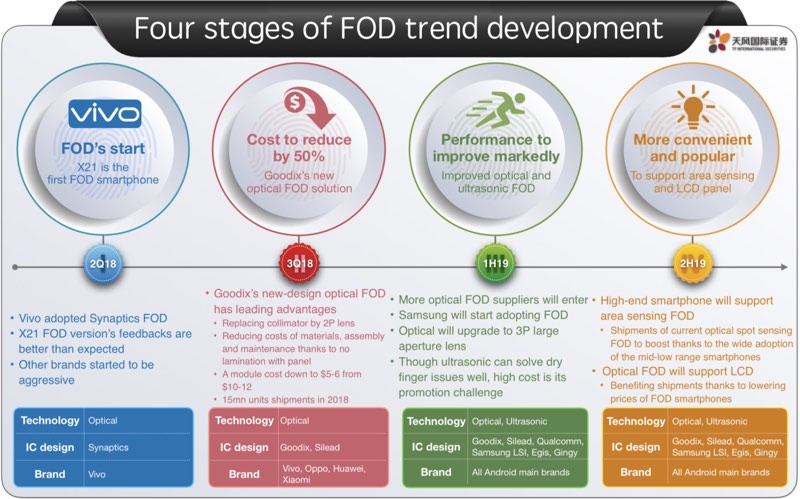