California Attorney General Xavier Becerra has announced arrests and charges against 17 individuals who were part of a robbery scheme targeting Apple retail stores across the state. The robberies resulted in a loss of over $1 million.

The defendants are charged with entering Apple retail stores in large groups wearing hoodies and snatching products on display in a matter of seconds. The alleged crimes took place across 19 counties.

So far eight of the seventeen are in custody. Arrest warrants have been issued for the other nine. The arrests stem from an investigation conducted by the San Luis Obispo Police Department and the Oakland Police Department, with the assistance of the California Department of Justice eCrime Unit.

“Organized retail thefts cost California business owners millions and expose them to copycat criminals. Ultimately, consumers pay the cost of this merchandise hijacking,” said Attorney General Becerra. “We will continue our work with local law enforcement authorities to extinguish this mob mentality and prosecute these criminals to hold them accountable.”

Click here to check out some footage of these grab and run robberies. 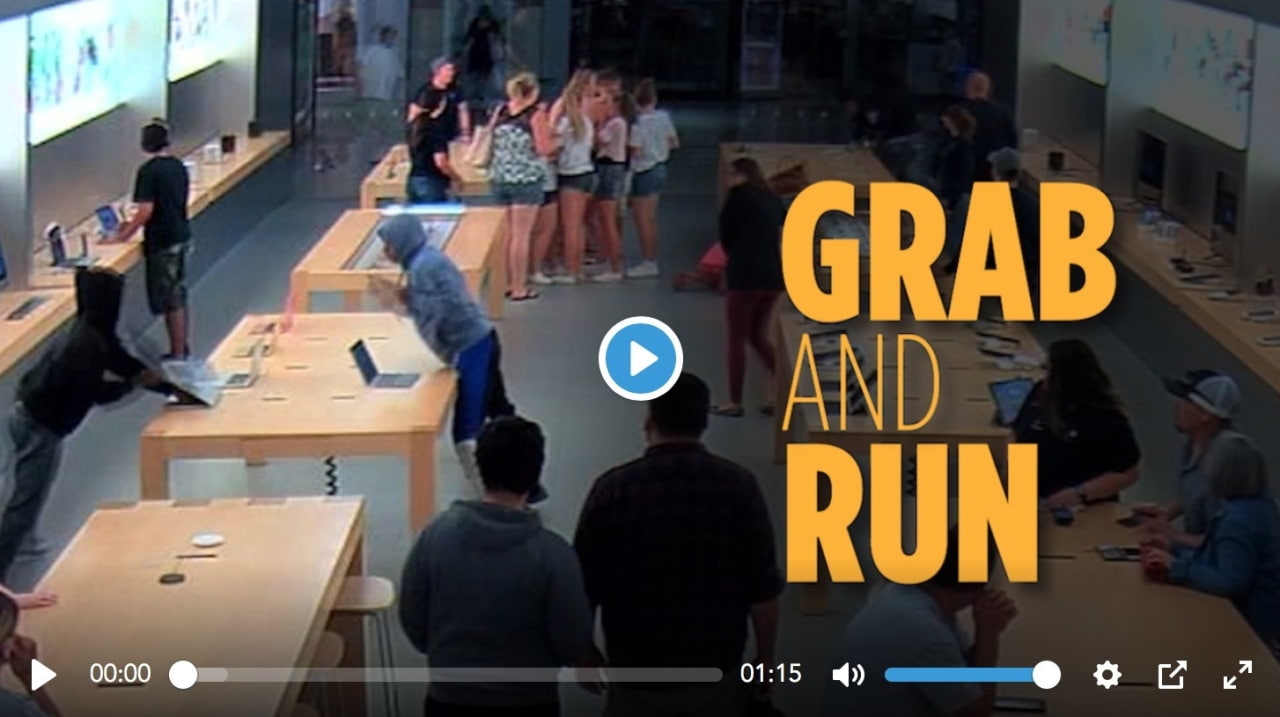 stevenlacross - September 28, 2018 at 8:19pm
Your a racist, your going to hell, god said love your neighbor, and he said that immigrants should be welcomed into your land.
Reply · Like · Mark as Spam

Juggernaut - October 1, 2018 at 3:37pm
Same goes for immigrants, since they can’t behave, they shouldn’t be here
Reply · Like · Mark as Spam

nocci - September 28, 2018 at 12:10pm
Now that is satisfying and I don't mean because I love Apple to death, it's how this organization tries to make quick cash by stealing the most expensive products on the market and how one robbery after another attempted to get away with it. I'll just stick to the Prize Vault machine (Keymaster clone under a different yet name) at Collin Creek Mall I go to and try to just win them out of that.
Reply · Like · Mark as Spam
1 More Comment
Recent