The Wi-Fi Alliance has announced that the next generation of wireless based on 802.11ax technology will be called Wi-Fi 6.

“For nearly two decades, Wi-Fi users have had to sort through technical naming conventions to determine if their devices support the latest Wi-Fi,” said Edgar Figueroa, president and CEO of Wi-Fi Alliance. “Wi-Fi Alliance is excited to introduce Wi-Fi 6, and present a new naming scheme to help industry and Wi-Fi users easily understand the Wi-Fi generation supported by their device or connection.” 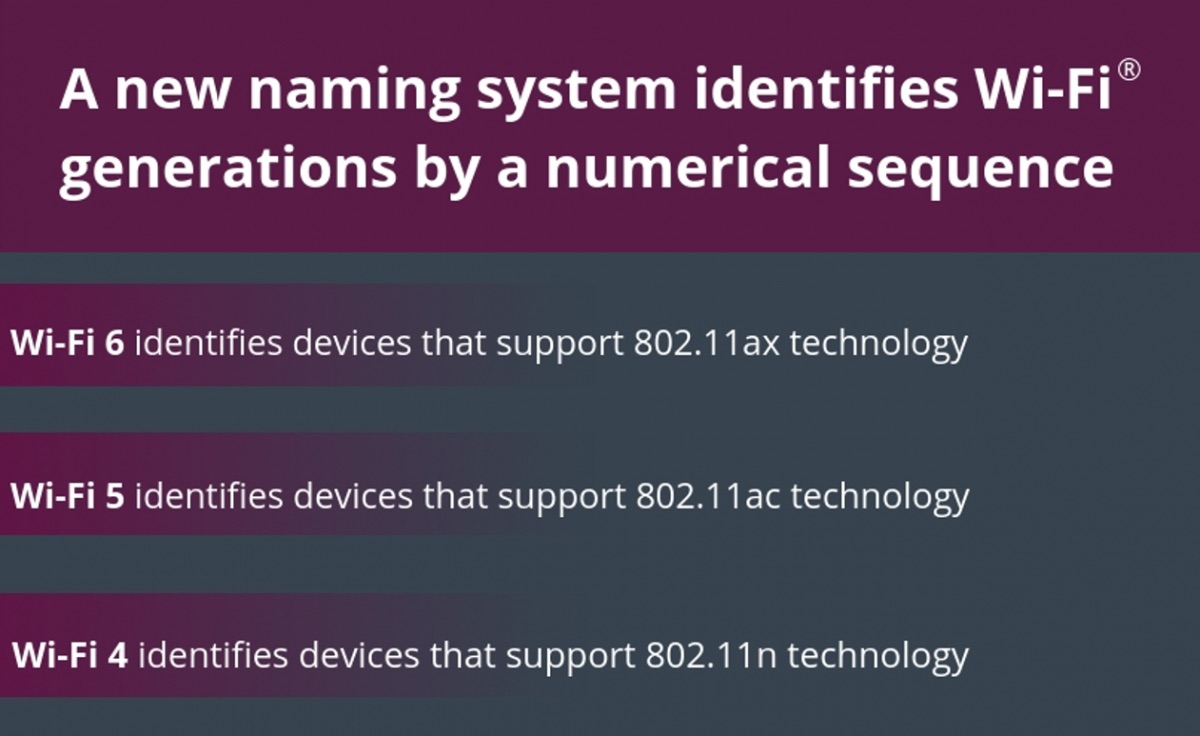 The Wi-Fi Alliance has also introduced updated UI visuals to show the current type of Wi-Fi connection a device is on. The UI visuals will change as a device moves between Wi-Fi networks.