Apple has been named the World's Most Valuable Brand for the sixth consecutive year. Interbrand announced that Apple, Google, and Amazon topped its 2018 Best Global Brands earlier today.

“A decade after the global financial crisis, the brands that are growing fastest are those that intuitively understand their customers and make brave iconic moves that delight and deliver in new ways,” said Charles Trevail, Global Chief Executive Officer of Interbrand. 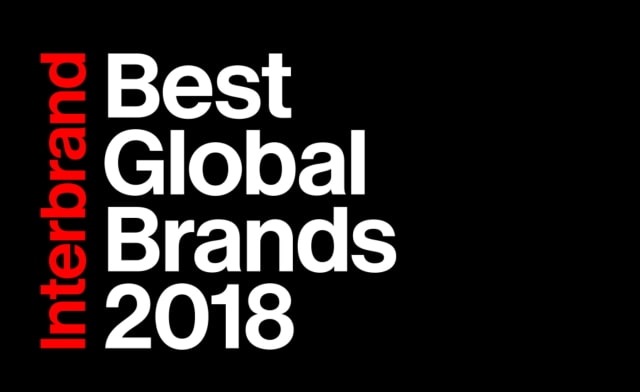