Todesco is best known for releasing the yalu jailbreak of iOS 10.2. He confirmed the jailbreak of the iPhone XS Max on iOS 12 via Twitter.

When asked for clarification, he replied:

I have jailbroken the A12, and yes, I’m running stock now.

Todesco isn't the first person to jailbreak the A12. Pangu successfully jailbroke the chip last month; however, it appears they did that on the iPhone XS.

At this point there's no indication that PanguTeam or Todesco plan to release their jailbreak to the public but you can follow iClarified on Twitter, Facebook, Google+, or RSS for updates. 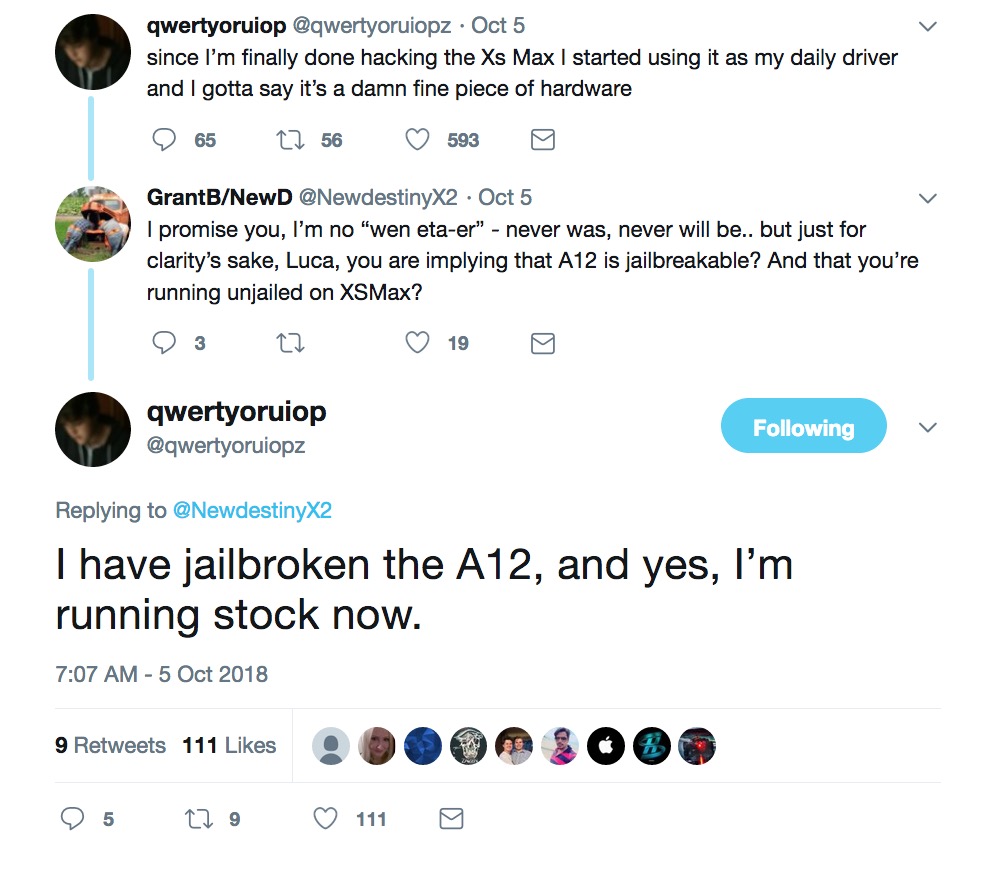 PaulieP - October 7, 2018 at 4:18pm
You are praying and banking on a longshot. Give up on jailbreaking, you losers need to get a life. There’s so much more out there than your phone
Reply · Like · Mark as Spam
0