The new iPhone XS running iOS 12 has been jailbroken by Pangu, reports Min(Spark) Zheng, an iOS security engineer at Alibaba. Zheng revealed the accomplishment in a post on Twitter.

The attached screenshot shows root access on the 5.8-inch iPhone XS. It's likely that the same feat could be accomplished on the iPhone XS Max as the two devices are very similar and use the same processor.

Pangu has released a public jailbreak in the past; however, that is no assurance that they will do so again. So far the team has not announced the accomplishment on any of their official channels. 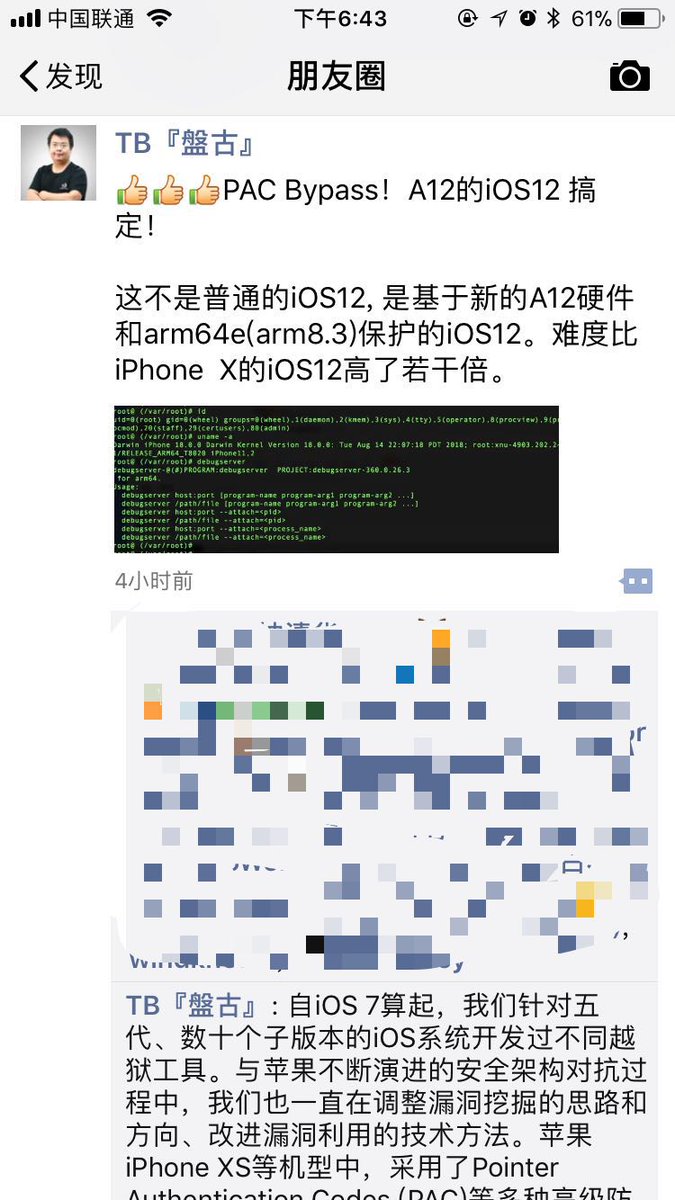 Veronicagates28 - September 28, 2018 at 10:21am
No one deserves to be cheated on last week I contacted spytechenterprise@gmail.com and they helped me find out about my cheating boyfriend if you suspect your spouse cheating on you I would suggest you contact them they hack FACEBOOK,INSTAGRAM, Snapchat,Twitter,iMessages,Wechat and host of other social media account simply start by sending an email or checking them on Instagram @Privatespyhacker
Reply · Like · Mark as Spam
0