eBay has announced a new Instant Selling program that gives you immediate credit for your old smartphone. Users looking to sell their device don't have to manage the selling process, instead they'll get paid instantly with an eBay voucher.

Instant Selling removes time spent waiting for their device to sell with a new option to receive instant payment in the form of an eBay voucher once the phone is listed. Standard smartphone trade-in providers typically offer 40 to 50 percent off the average market selling price, while eBay provides a higher return – up to 40% higher than trade-in values, on average.

An eBay study found that 61% of Americans have never sold or traded in a smartphone they no longer use and 40% have two or more unused smartphones in their home.

“Millions of Americans have unused phones in their homes and simply don’t realize how much their devices are worth, probably because trade-in values are typically so low,” said Alyssa Steele, Vice President of Hard Goods, eBay. “With Instant Selling, people can find out exactly how much their phone is worth, and sell their phone within a matter of minutes to immediately help fund the holidays, or maybe something off their personal wish list.”

You can check your phone's value by visiting eBay.com/s/phone. 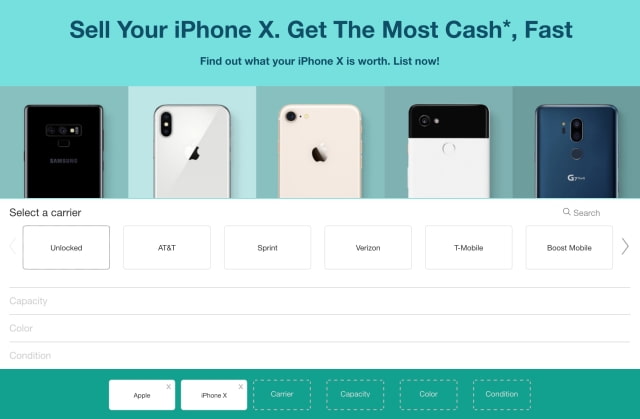