Apple is planning to fix a problem dubbed 'beautygate' that affected the quality of selfie photos taken with the iPhone XS and iPhone XR. Taking a photo with the front camera on these devices results in an overly smoothed image, leading some to believe Apple had applied a beauty filter.

The Verge has learned that issue is due to a bug in Apple's Smart HDR system which will be fixed in an upcoming iOS 12.1 update.

Essentially, Smart HDR was choosing the wrong base frame for HDR processing when you took a selfie. Instead of choosing a frame with a short shutter speed to freeze motion and preserve detail, it would sometimes choose a frame with longer shutter speed.

Apple has already seeded iOS 12.1 beta 5 to developers so it should be too long until the final version is released. Please follow iClarified on Twitter, Facebook, Google+, or RSS for updates. 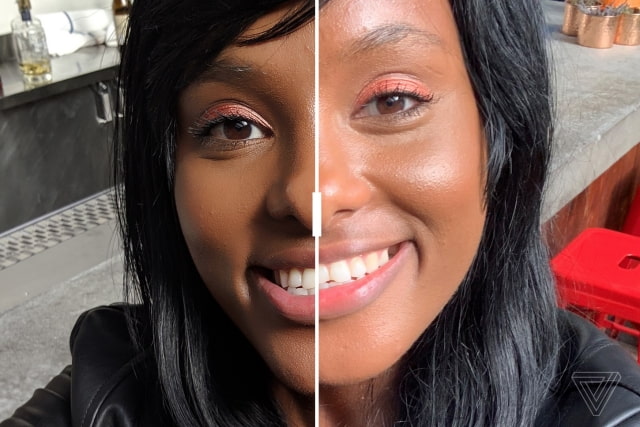 PaladinLV - October 24, 2018 at 4:09am
Since it is a software "issue" the "bug" should be utilized to give the USER the choice of which/what they want! Is it so much to ask that the user be given the choice and FLEXIBILITY?
Reply · Like · Mark as Spam