Apple has removed over 700 apps from the App Store in China, according to local reports.

On the morning of November 27th, the online Apple App Store has suspended downloads including Pinto, Sogou Map, Sogou Navigation, Togo Car, Chasing Artifact, Xunfei Reading, Yue Run A batch of applications including circle. According to the statistics of Master Master, Apple suspended a total of 718 app downloads in China on the same day.

It appears that Apple is cracking down on applications that attempt to update themselves without submitting an update to Apple for review. Additionally, apps that do not follow the rules of in-app purchases have also been removed.

This isn't the first time Apple has deleted a large number of apps from the Chinese App Store. In August, it reportedly deleted thousands of apps, including gambling apps, for breaking its rules. 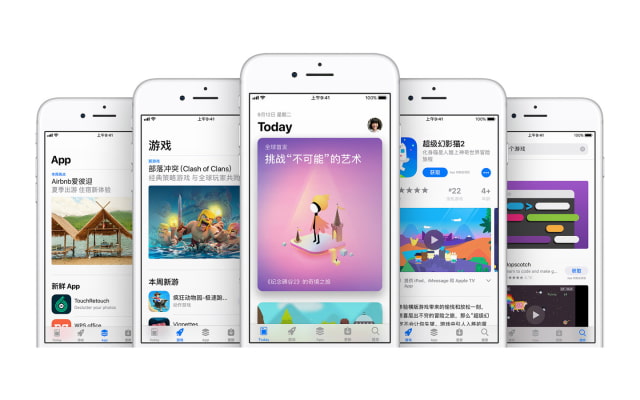