Apple says that a ban on iPhone sales in China would force the company to settle with Qualcomm causing all mobile phone manufacturers unrecoverable losses.

“Apple will be forced to settle with the Respondent, causing all mobile phone manufacturers to relapse into the previous unreasonable charging mode and pay high licensing fees, resulting in unrecoverable losses in the downstream market of mobile phones,” said Apple in a December 10th filing.

Apple also warned that a ban would hurt manufacturers like Hon Hai and other suppliers, affecting both the Chinese government and consumers. Apple has created over five million jobs across the country.

“Apple and many other companies, consumers, and government will suffer truly irreparable harm,” the company said in the filing. The Chinese government “may suffer hundreds of thousands of tax losses” from the iPhone ban because of lost taxes from sales of the devices, it said, citing estimates of 50 million units sold in the country in 2017.

Additionally, to ensure compliance, Apple has announced that it will be issuing a software update next week.

“We respect the Fuzhou court and its ruling,” said Apple in the statement. “Based on the iPhone models we offer today in China, we believe we are in compliance. To address any possible concern about our compliance with the order, early next week we will deliver a software update for iPhone users in China addressing the minor functionality of the two patents at issue in the case.” 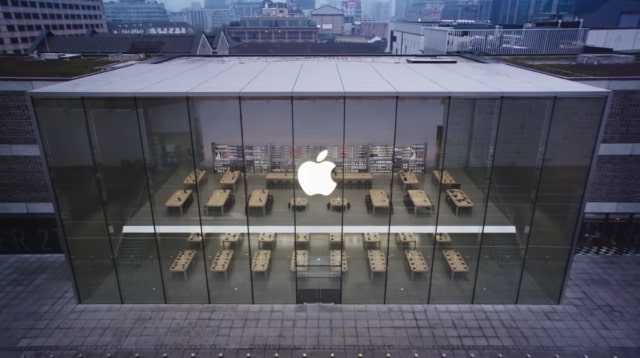 ichild - December 14, 2018 at 10:58am
No China will not suffer anything since they make most of the world's supplies, cut the crap and stop being a sucker for Apple and there Monopoly across the globe and if apple so call love the American dream so much then they should have by now built a manufacturing plant in the USA. So grow up already with all of this and that's one of the reasons why the president is pressing so hard on China. People in America is suffering and these companies don't care about them period all they care about is there billions of dollars.
Reply · Like · Mark as Spam