Apple's stock has opened down over 9% following an announcement yesterday that the company is lowering guidance for its holiday quarter. AAPL closed at $157.92 yesterday and opened at $143.98 this morning, a 9.12% drop.

That's differs from previous guidance of:
● revenue between $89 billion and $93 billion
● gross margin between 38 percent and 38.5 percent
● operating expenses between $8.7 billion and $8.8 billion
● other income/(expense) of $300 million
● tax rate of approximately 16.5 percent before discrete items

Most of the drop in revenue is being blamed on iPhone performance in China. Hit the link below to learn more. You can follow iClarified on Twitter, Facebook, Google+, or RSS for updates. 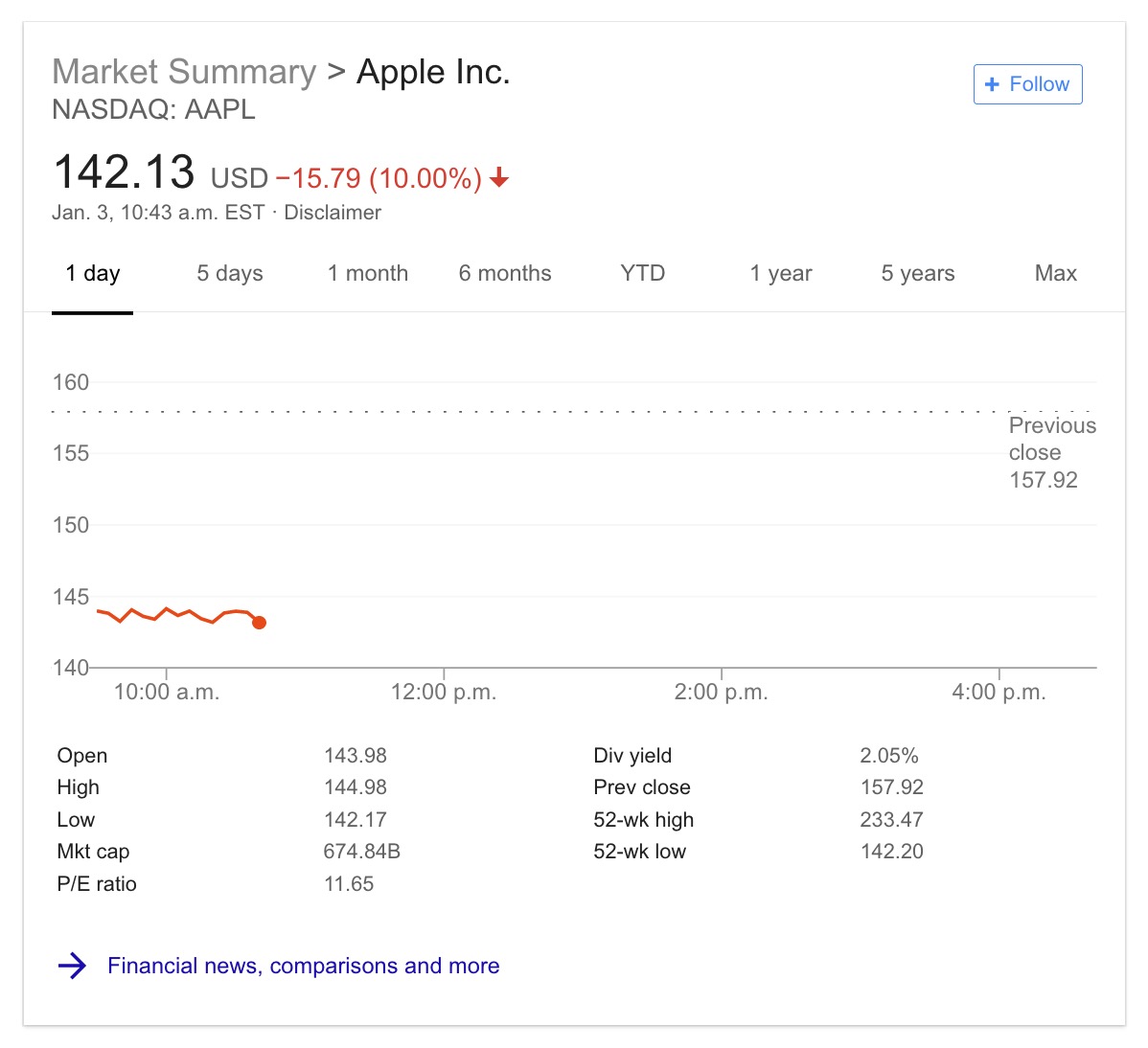