Apple has announced that its Giving program has raised over $365 million for nonprofits around the world.

In a press release today, the company shared several stories highlighting how its employees are helping to transform lives. For every hour an employee gives, or dollar they donate, Apple provides matching funds for both.

You can read the stories below... 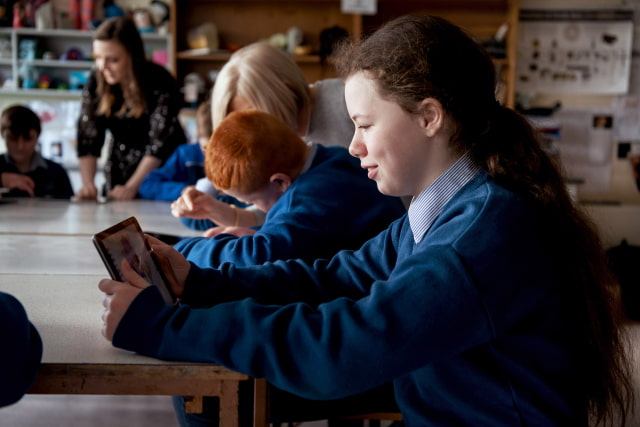 Terence MacSwiney School
Fourteen-year-old Michael Normoyle jumps out of his chair to write his cipher on the board: ZLANZRVFZVPUNRY.

The rest of the class starts furiously scribbling at their desks, hoping to be the first to solve the puzzle.

In coding class at Terence MacSwiney School in Cork, Ireland, things tend to get very competitive among this group of fourteen and fifteen year olds. That’s especially true for Normoyle and classmates Seán Harris and Michael McGlue — all three are vying to be named the year’s standout coding student.

The program is part of a special initiative made possible by Apple volunteers from the company’s nearby Cork campus. Once a week, more than a dozen volunteers visit the school to help teach coding, drawing, photography, music and video. Since the program began three years ago, the school — one of the most economically disadvantaged in Ireland — and its students have been transformed. 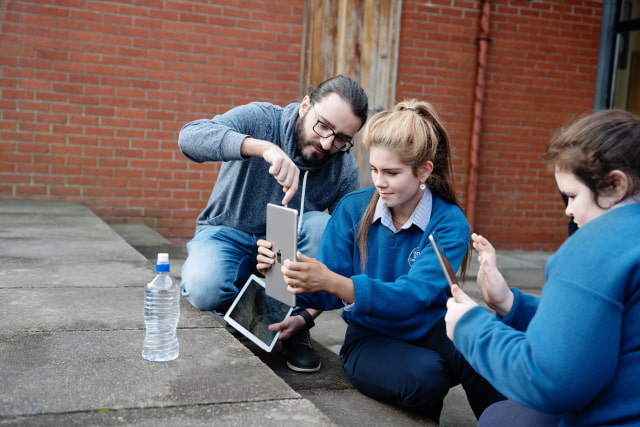 It’s one of thousands of organizations where Apple employees volunteer their time. And for every hour an employee gives, or dollar they donate, Apple provides matching funds for both. In 2018, that added up to more than a quarter of a million hours volunteered and more than $125 million donated to organizations around the world.

That includes China, where Apple is one of the only global companies matching employee donations. Thirty-two Chinese charitable organizations are now eligible to receive funds, including the China Foundation for Poverty Alleviation, which aided more than 175,000 people across 24 provinces with disaster relief and preparedness in 2018 alone.

All told, since its inception eight years ago, Apple’s Giving program has become a powerful force for global good, raising more than $365 million for nonprofits around the world. Though if you ask the people whose lives have been changed by these efforts, they’ll tell you that the benefit can be measured in so much more than dollars and cents.

“We have a lot of students that have the odds stacked against them,” says Terence MacSwiney’s Principal Phil O’Flynn. “But this program has helped nurture them, and we’ve discovered talents that we never knew they had.”

Before they started the program, Normoyle, Harris and McGlue never expected their future careers to involve coding. All three would be the first in their families to complete a post-secondary degree, something their teacher Linda Cagney and Principal O’Flynn say is now well within their reach.

“You have to create hope, no matter what context you work in,” says O’Flynn. “Sometimes you need a bit of help with that, and that’s what this program does — it lifts the school.”
Back in coding class, students are still trying to decipher Normoyle’s cipher. Eventually, someone shouts out: “My name is Michael.” 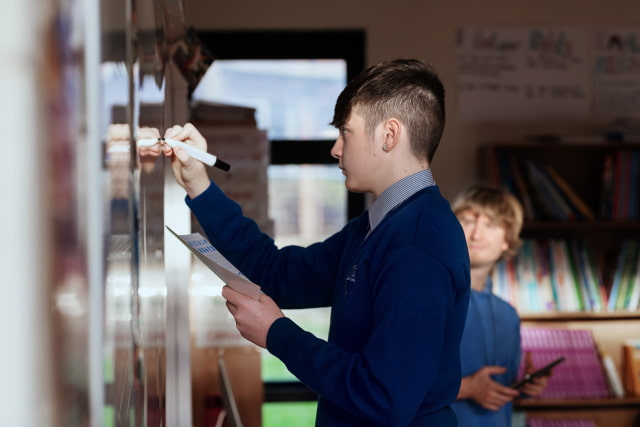 Second Harvest
Lauren Cook, 24, was a senior at San Jose State University in 2017, working four jobs to make ends meet when she saw a flyer advertising a Second Harvest food pantry at the school. She left with more than bags full of fresh produce.

“Second Harvest helped me become the person I am today — sorry, I’m getting a little emotional,” says Cook, through tears. “It meant I had to work only one job, and it allowed me to focus on being a college student.”

Since the Great Recession in 2008, the number of people served each month by Second Harvest Food Bank in Santa Clara and San Mateo Counties, which include most of Silicon Valley, has seen a 47 percent jump — from an average of 175,000 to 260,000. In 2018 alone that translated to almost 55 million meals.

Apple’s history of volunteering with Second Harvest goes back to 2000. Last year, its employees spent almost 3000 hours sorting and distributing food, which makes the food bank one of the largest recipients of Apple volunteer hours in the US.

“What’s so important about this partnership is that we have Apple volunteers that we can depend on,” said Second Harvest CEO Leslie Bacho. “That long-term commitment makes it possible to try new things and innovate, which includes our food pantries at colleges. It’s what gives me hope that if there’s anywhere in the country we can solve hunger, it would be here.” 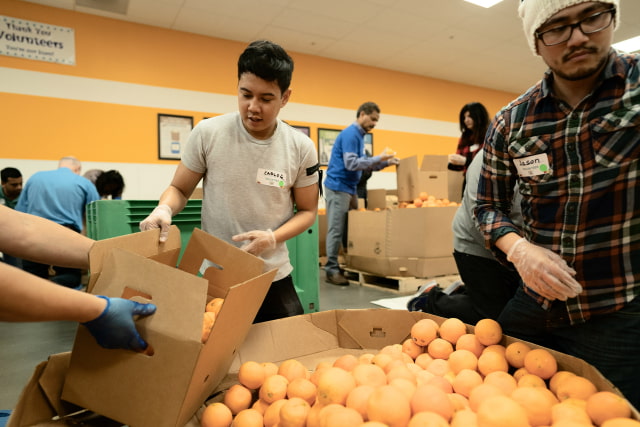 Point of Pride
When Samuel Snowe, 29, opened the package containing his chest binder, he was surprised to find something else.

“Be the person you want to be,” the note began. “Loving yourself is the first step. Thank you for being your amazing self.”

It was signed only, ‘Megan.’ Snowe was overcome with emotion — those twenty one words reminded him he wasn’t alone.

In 2009, Aydian Dowling came out as transgender, but medical insurance wouldn’t cover his transition. He eventually raised enough funds on his own and with the support of friends, but the negative experience left him wanting to help others. Two years ago, he co-founded Point of Pride, whose mission statement is “to benefit trans people in need through gender-affirming support programs that empower them to live more authentically.”

That includes the organization’s apparel program, which has sent out more than 3500 free chest binders to people around the world including Snowe, along with a personal note of encouragement.

The idea to include a note began when the organization linked up with Apple employee Liz Byrne, who now sits on Point of Pride’s board. Liz received a letter of encouragement from a close friend while going through a difficult time in high school. Liz has since organized almost 20 writing sessions at Apple’s Cupertino, Austin and Sacramento campuses, attended by hundreds of employees.

For Snowe, receiving the free binder was essential, but he credits the note with even more.
“Being transgender, there’s a lot of moments where you don’t feel like you deserve to be alive — like you’re less of a human,” says Snowe. “And things like this remind us that we’re still human, we’re still alive, we’re still people, and we’re important to somebody.” 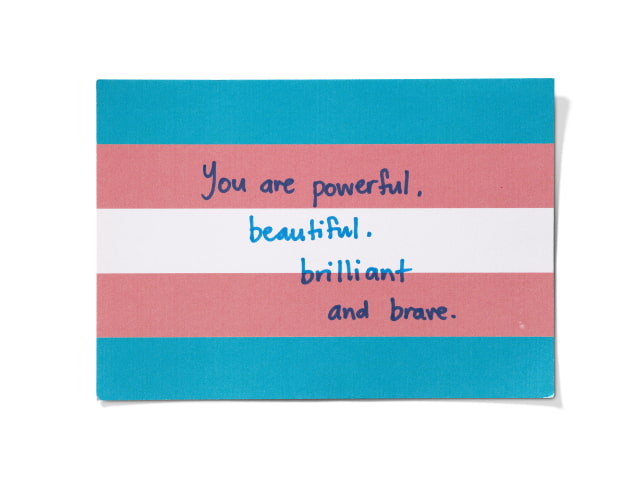