In December 2015, Ahn became Senior Vice President of Batteries Development where he was in charge of lithium ion cell and pack developments; as well as, cylindrical, prismatic, and polymer cells for power tools, electric vehicles, ebikes, smartphones, etc.

Bloomberg notes that Apple has used batteries from Samsung SDI to power its own products in the past. The hire suggests that Apple may be looking to develop its own battery technology for use in future devices. 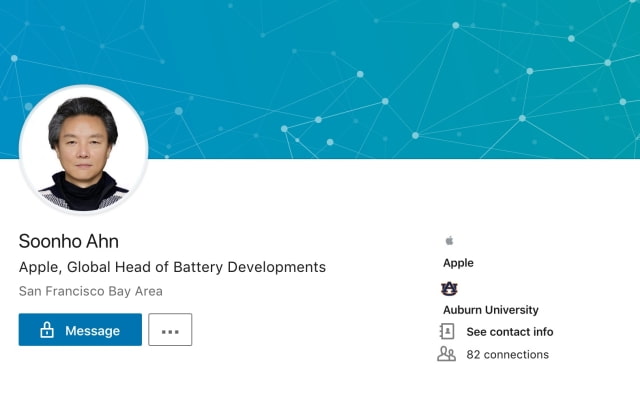 D4xM4Nx - January 24, 2019 at 10:16am
Let’s hope case manufacturers start beta-testing new models capable of isolating fires or even explosions... I love my iPhones, but not THAT much. Need my hands moar actually 😂😂.
Reply · Like · Mark as Spam

zmnomi - January 24, 2019 at 6:05am
Among Millions of Samsung Users only a very few devices blow up and people remember them for that. No one even appreciating Samsung to Bring joys for millions and billions peoples. Peoples forget your good deeds but they remember you for your mistakes..
Reply · Like · Mark as Spam