Apple was notified of the major FaceTime bug that let users eavesdrop on others over a week ago, claims Twitter user @MGT7500.

On June 20th, the user tweeted:

My teen found a major security flaw in Apple’s new iOS. He can listen in to your iPhone/iPad without your approval. I have video. Submitted bug report to @AppleSupport...waiting to hear back to provide details. Scary stuff! #apple #bugreport @foxnews 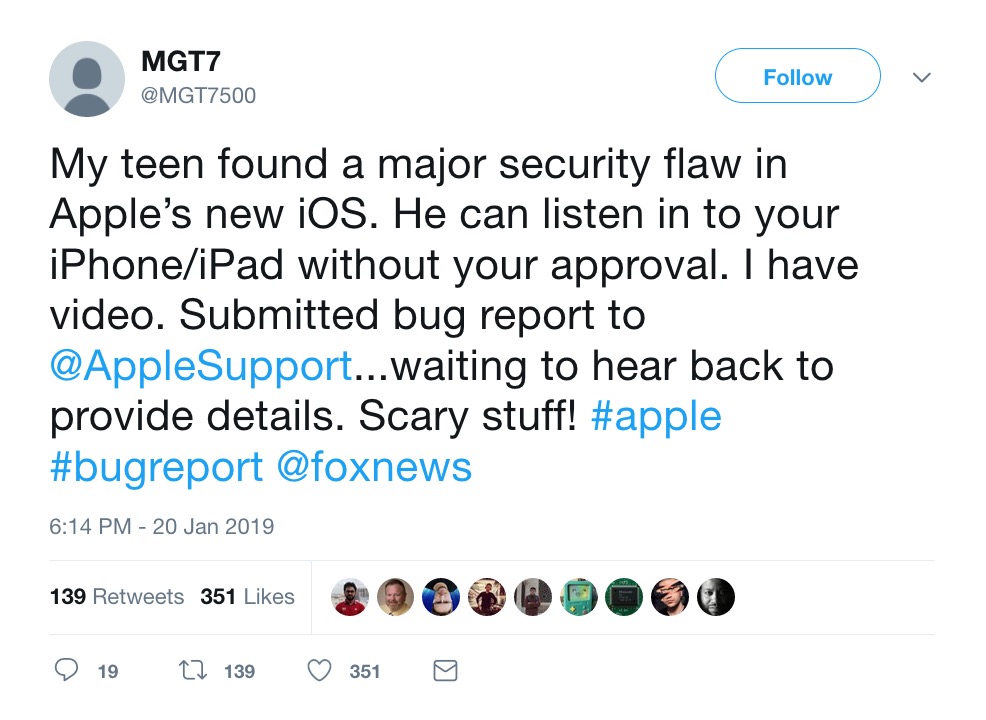 I reported the Apple Group FaceTime bug to Apple last week. They never got back to me. I have letters, emails, tweets and msgs. sent to Apple for 10+ days reporting the Group FaceTime bug that lets someone listen in. My teenager discovered it! Never heard back from them. #apple #facetimebug @FoxNews @cnbc @CNN

Additionally, the user posted screenshot which appears to show a response from Apple's Product Security Team on January 22nd. 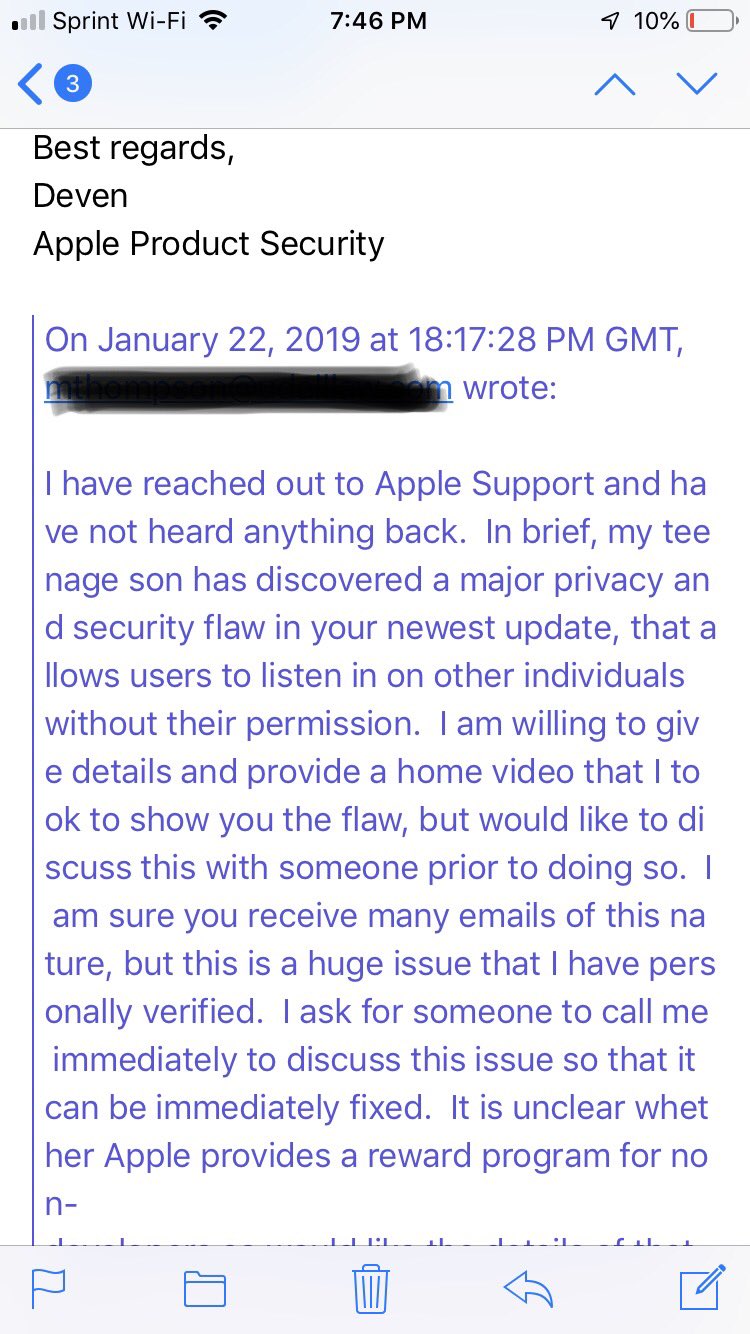 The bug was also reported to FoxNews but the story wasn't picked up. You can learn more about the issue here. Apple has disabled Group FaceTime until a fix is released.

ichild - January 30, 2019 at 5:54pm
Apple is not your little bit,h they don't need to run you down because you find a bug in something obviously it will be fixed on there own time frame. Another reason why the world is in a hell hole because People don't know how anything works.
Reply · Like · Mark as Spam

darkle0s - January 30, 2019 at 1:19am
That’s cause they disabled Group FaceTime which is where the bug lies
Reply · Like · Mark as Spam
Recent