The Company posted quarterly revenue of $84.3 billion, a decline of 5 percent from the year-ago quarter, and quarterly earnings per diluted share of $4.18, up 7.5 percent. International sales accounted for 62 percent of the quarter’s revenue. Apple had originally estimated revenue to be between $89 billion and $93 billion for the quarter.

“While it was disappointing to miss our revenue guidance, we manage Apple for the long term, and this quarter’s results demonstrate that the underlying strength of our business runs deep and wide,” said Tim Cook, Apple’s CEO. “Our active installed base of devices reached an all-time high of 1.4 billion in the first quarter, growing in each of our geographic segments. That’s a great testament to the satisfaction and loyalty of our customers, and it’s driving our Services business to new records thanks to our large and fast-growing ecosystem.”

“We generated very strong operating cash flow of $26.7 billion during the December quarter and set an all-time EPS record of $4.18,” said Luca Maestri, Apple’s CFO. “We returned over $13 billion to our investors during the quarter through dividends and share repurchases. Our net cash balance was $130 billion at the end of the quarter, and we continue to target a net cash neutral position over time.”

Apple is providing the following guidance for its fiscal 2019 second quarter:
● revenue between $55 billion and $59 billion
● gross margin between 37 percent and 38 percent
● operating expenses between $8.5 billion and $8.6 billion
● other income/(expense) of $300 million
● tax rate of approximately 17 percent

Apple’s board of directors has declared a cash dividend of $0.73 per share of the Company’s common stock. The dividend is payable on February 14, 2019 to shareholders of record as of the close of business on February 11, 2019.

Apple will provide live streaming of its Q1 2019 financial results conference call beginning at 2:00 p.m. PST on January 29, 2019 at www.apple.com/investor/earnings-call/. This webcast will also be available for replay for approximately two weeks thereafter. 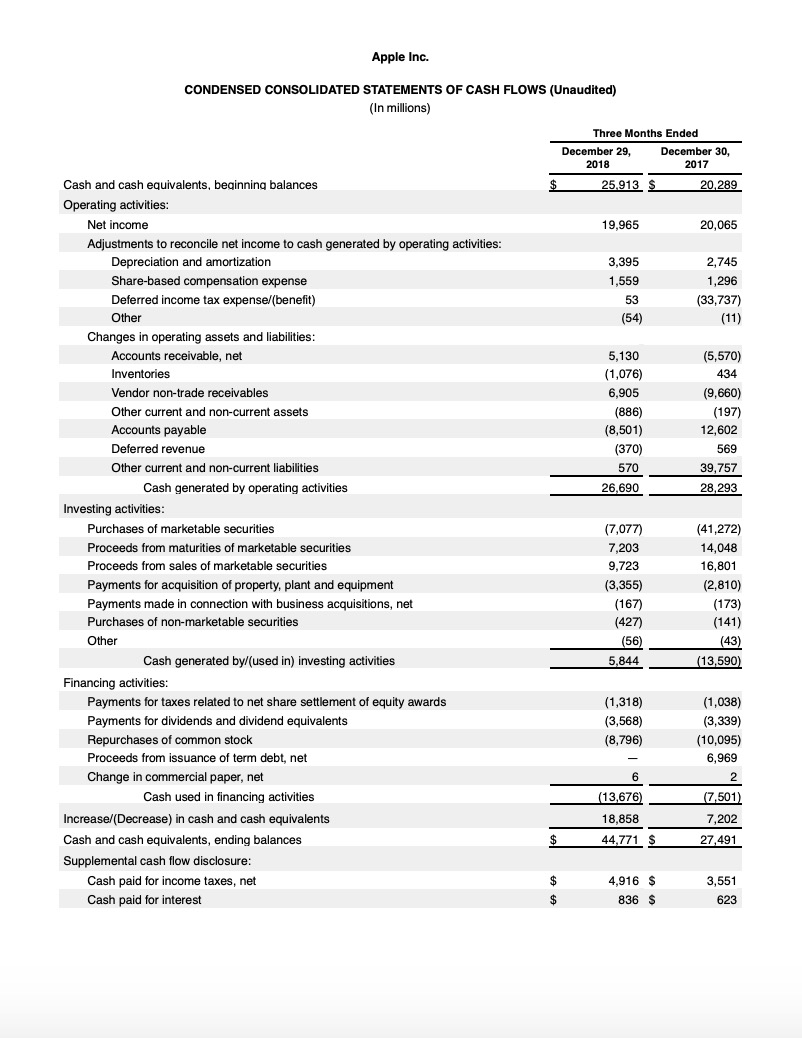 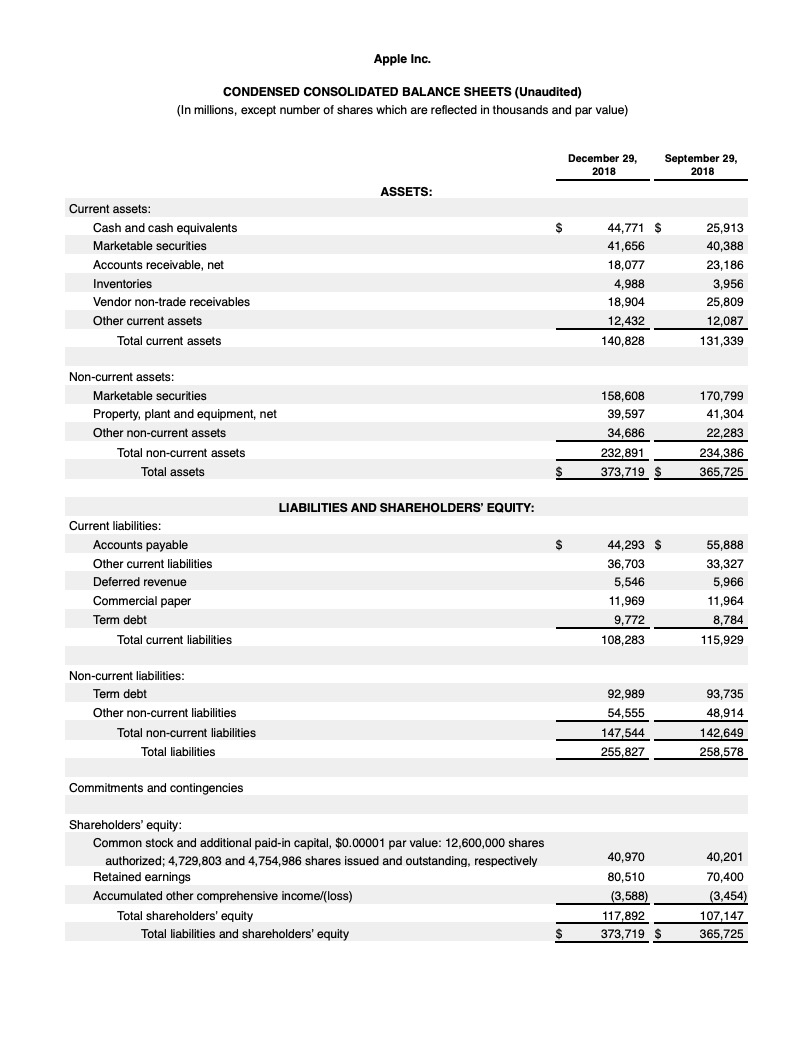 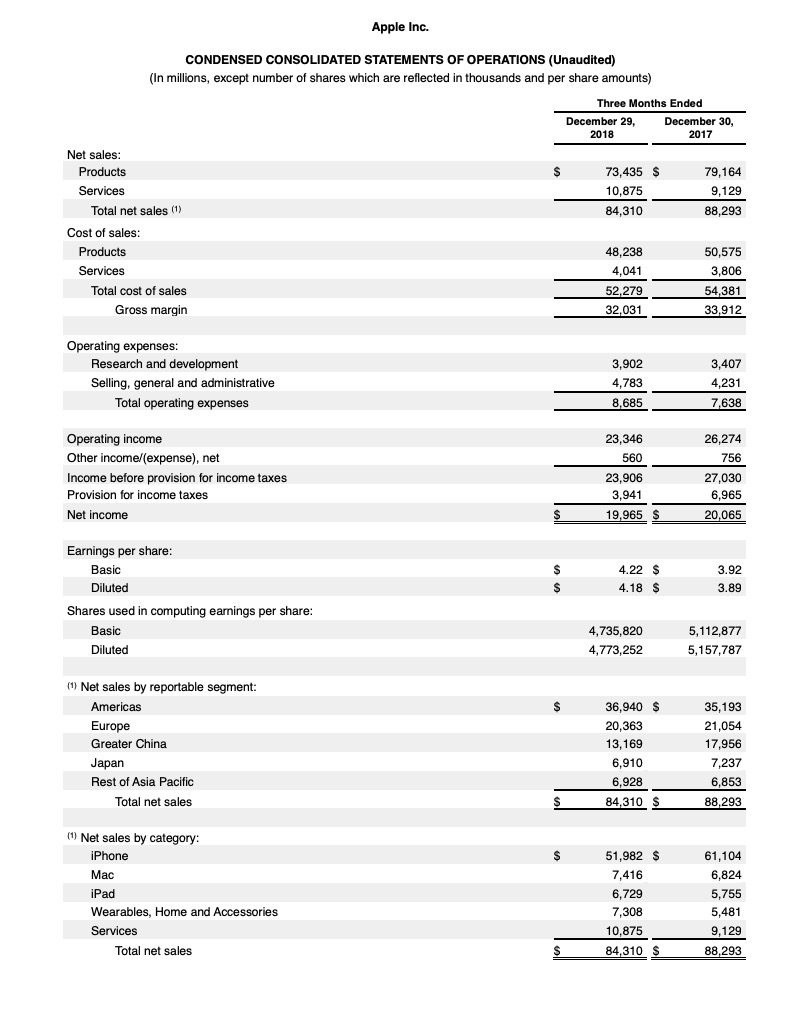