Apple has paid out over $25 billion to European developers, according to a statement from Oliver Schusser, VP of Apple Music and International Content, obtained by macerkopf.de.

"Our services, which include content stores, Apple Pay and iCloud Storage, are targeting $ 40 billion in annual sales. In January, we announced that developer revenue in the App Store reached $ 120 billion. Payments to European developers have just exceeded $ 25 billion. Since its launch nearly 4 years ago, Apple Music now has 50 million paying users around the world. We are the leading music streaming service in the US and the world's leading music service on the iPhone. Our customers love the great content, be it via playlists, radio, beats 1 or suggestions in For You. Apple Music was the first place to hear the great new music of Nicki Minaj, The Weeknd and Frank Ocean, just to name a few. Beats 1 also features exclusive and popular artist-led shows, including Drake, Nicki Minaj, Ezra Koenig, Lars Ulrich and Elton John. The last update I want to release today is Podcasting, where our customers downloaded and streamed over 50 billion episodes of 650,000 active shows on Apple podcasts."

Apple is working to expand its Services business as demand for new iPhones slows. The company is expected to unveil a new video service and a news subscription service next month. 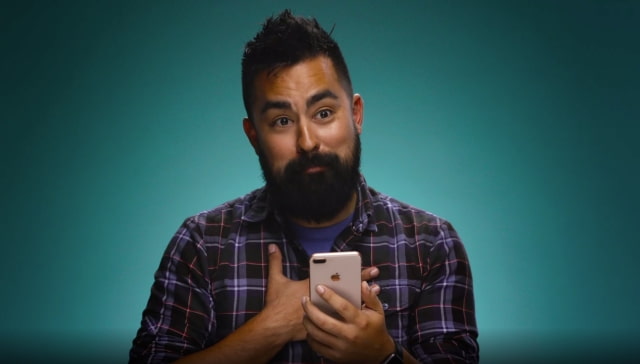