The new iPad Air features Apple Pencil support and an A12 Bionic chip with Apple's Neural Engine that brings a 70% boost in performance and twice the graphics capability. It is has an advanced Retina display that is nearly 20% larger with True Tone technology.

The new iPad mini is also equipped with Apple Pencil support and an A12 Bionic chip delivering three times the performance and nine times faster graphics. Its advanced Retina display with True Tone technology and wide color support is 25 percent brighter and has the highest pixel density of any iPad.

“iPad continues to provide magical new experiences for a growing range of uses where it is the absolute best device, from playing games in augmented reality to note-taking and drawing with Apple Pencil, from streaming HD movies and editing 4K films to learning to develop apps with Swift Playgrounds,” said Phil Schiller, Apple’s senior vice president of Worldwide Marketing. “Today the iPad family takes two big leaps forward with an all-new 10.5-inch iPad Air that brings high-end size, features and performance at a breakthrough price, and a major upgrade to the 7.9-inch iPad mini, which also brings Apple Pencil, Retina display and the A12 Bionic chip to the many customers that love its compact size.” 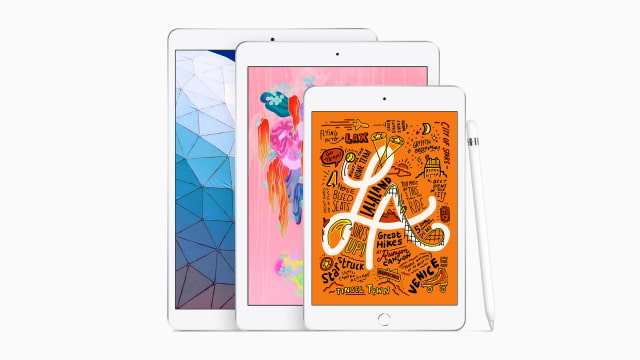 Here's a closer look at the new features..

-----
Apple Pencil and iPad — The Perfect Pair
Apple Pencil opens up new creativity and productivity possibilities for iPad mini and iPad Air users, from drawing and writing down thoughts to marking up documents and retouching photos. The must-have tool among students, professionals and creatives delivers a remarkably fluid and natural drawing experience and provides pixel-perfect accuracy and low latency for activities within popular apps including Procreate, Notability, Pixelmator Photo (coming soon) and Microsoft Office. 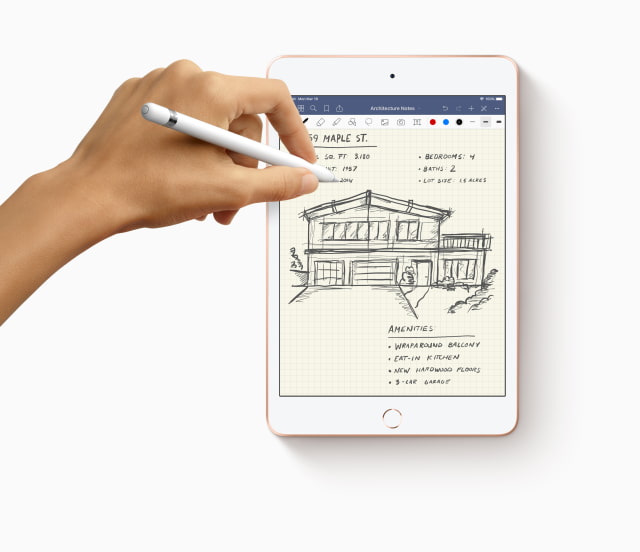 Power Meets Portability with the A12 Bionic Chip
The Apple-designed Neural Engine of the A12 Bionic chip powers the next generation of apps and iPad workflows using advanced machine learning and Core ML for engaging AR experiences, photo-realistic effects in 3D games and stunning graphics performance within apps.

Staying connected is now easier and faster with iPad mini and iPad Air, featuring the same great Wi-Fi performance and Gigabit‑class LTE connectivity4 built into the most advanced iPad Pro models. With eSIM technology built in, users can easily connect to wireless data plans right from iPad when traveling in more than 180 countries around the world. 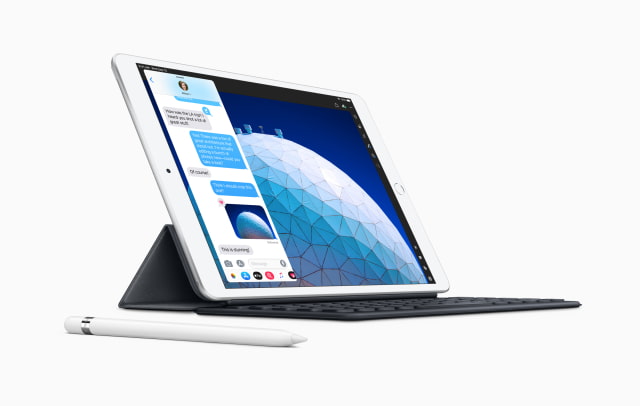 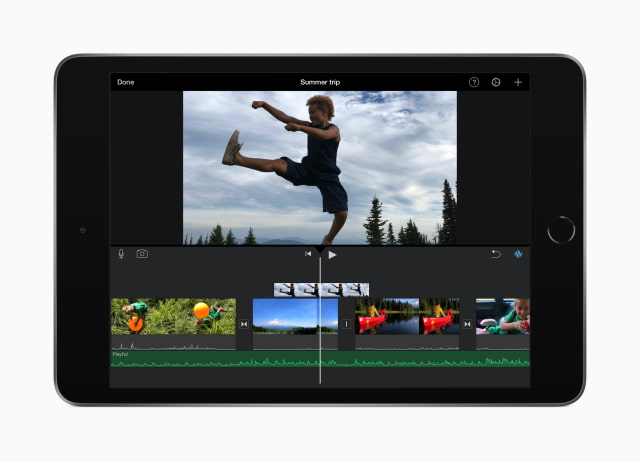 More Than a Million Apps Just for iPad
The App Store is the best place to discover more than 1.3 million apps designed specifically for iPad — from journaling with Apple Pencil to managing schedules and finances, editing photos, learning, connecting with friends and family, and playing games. Unlike stretched-out phone apps on other platforms, apps designed for iPad run and look great on every iPad. 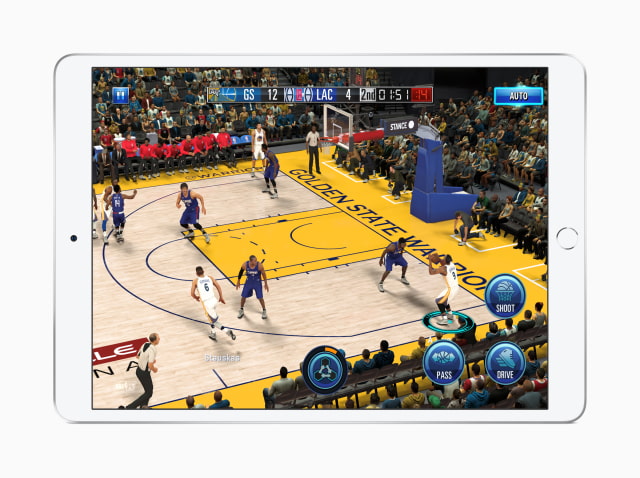 iOS on iPad
iPad Air and iPad mini are perfect for staying productive on the go with iOS, helping users get things done faster with features like Siri Shortcuts, photo search and Voice Memos. The Dock provides quick access to frequently used apps and documents from any screen, and multitasking is easy with Split View and Slide Over. Drag and Drop makes moving images, text and files between apps easier than ever, and managing documents in the Files app is seamless and easy on iPad and across Apple devices.
----- 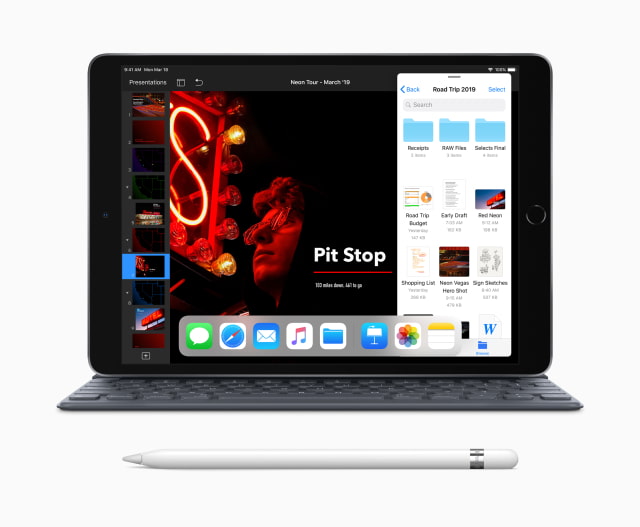 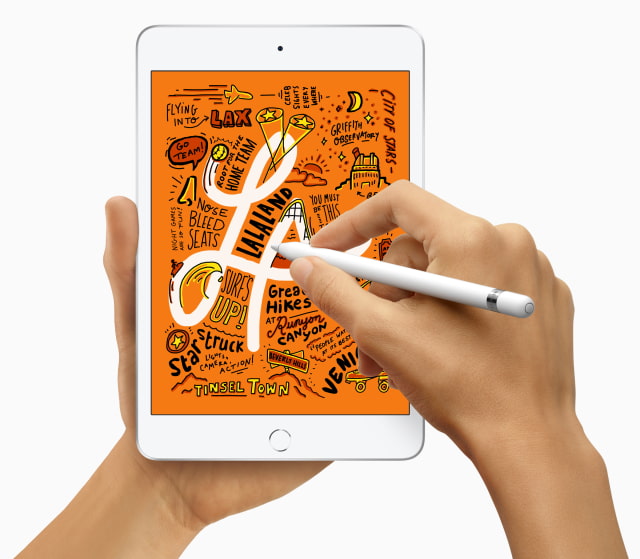