Apple CEO Tim Cook has announced that the company will donate towards Notre-Dame Cathedral rebuilding efforts following a devastating fire on April 15, 2019.

The fire broke out in the cathedral's roof causing the spire and roof to collapse. Considerable damage was done to the interior, upper walls, and windows of the church, as well as many works of art.

We are heartbroken for the French people and those around the world for whom Notre Dame is a symbol of hope. Relieved that everyone is safe. Apple will be donating to the rebuilding efforts to help restore Notre Dame’s precious heritage for future generations.

More details about the fire can be found at the link below... 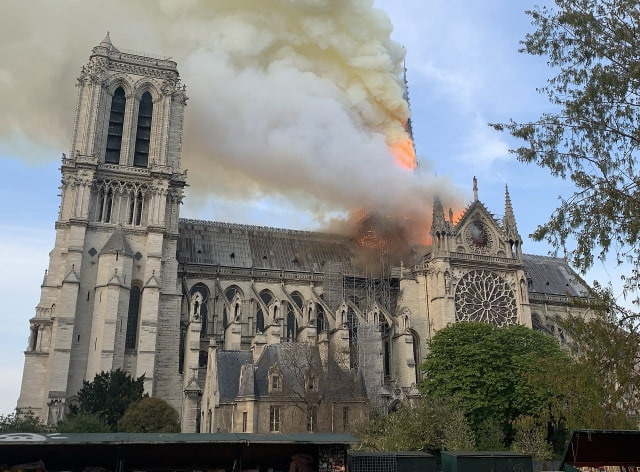 The Watcher - April 17, 2019 at 8:44pm
If Apple wants to get into rebuilding burned out Churches, I can think of at least 9 located right here in the United States that could use some attention... Oh wait... I forgot... They weren’t 800 years old and Catholic... They were Southern and Black... My mistake... carry on...
Reply · Like · Mark as Spam

1reader - April 17, 2019 at 1:42am
They want to be in history. Wonder why they didn’t donate before for a fire safety system/equipment for such a important building?!
Reply · Like · Mark as Spam