Check out these new renders which compare the alleged design of the upcoming iPhone XI Max to the iPhone XI. The renders were created by CashKaro and based on leaked schematics shared by OnLeaks. 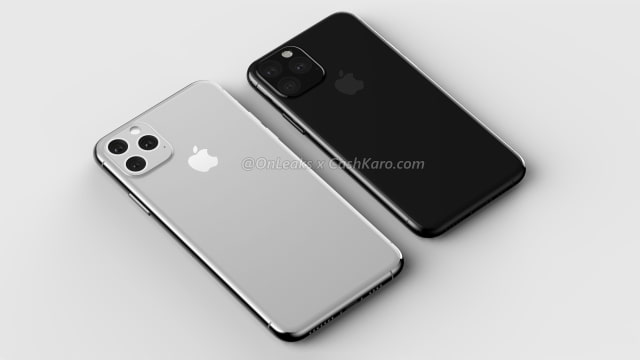 Hit the link and check out the video below for more renders. Apple is expected to announce its next generation iPhone in September. Please follow iClarified on Twitter, Facebook, Google+, or RSS for updates.

damonart - April 27, 2019 at 9:39pm
iPhone is getting uglier by generation. Instead revising and redesigning it or making a better and more powerful single camera Apple’s creating a triangular monster bump. Its giving up innovation. What’s next the whole backside covered by the camera’s. Well done Ive well done! It’s similes, fine crafted and fine tuned peace of crap.
Reply · Like · Mark as Spam

waheb09 - April 27, 2019 at 2:50pm
The only thing that I liked about it is the mute button, that camera bump is ugly but I know for certain that is for a reason, I can imagine that the triangular alignment of the cameras has to do with a better projection of AR/VR, better precision of calculating DOF (placement/localization of an object in a 3 dimensional environment)?
Reply · Like · Mark as Spam
Recent