“Apple Watch shipments grew a solid 49% YoY despite the weak demand for its iPhones," says Counterpoint Research Analyst, Satyajit Sinha. "Apple continues to focus on the health-related features like ECG and fall detection in the Apple Watch Series 4. The ECG capability in the Apple Watch is the most desirable feature, according to our latest Consumer Lens survey. Apple has now received approval on its ECG features from healthcare authorities of Hong Kong and 19 other countries including France, Germany, Italy, Spain, and the UK.”

Sinha, further added, “The heart rate sensor for health monitoring, GPS and pedometer sensors for fitness, and NFC embedded for payment are some of the key integrated technologies. Related use-cases and in addition to notifications with cellular capability are driving the smartwatch adoption. However, limited battery life remains a pain point for consumer’s decision-making process, irrespective of region and price band.”

Commenting on other vendors’ performance, Senior Analyst, Sujeong Lim, noted, “Samsung grew exponentially at 127% YoY as the Korean brand’s market share jumped to 11% in Q1 2019. Its success was due to the latest Galaxy watch series which came with better battery life as well as a very traditional round clockface design. Further, it provides cellular LTE connectivity which gives it an edge over others targeting Android-based smartphone users. It is a great alternative to the Apple Watch for Android and Samsung’s huge installed base of users.” 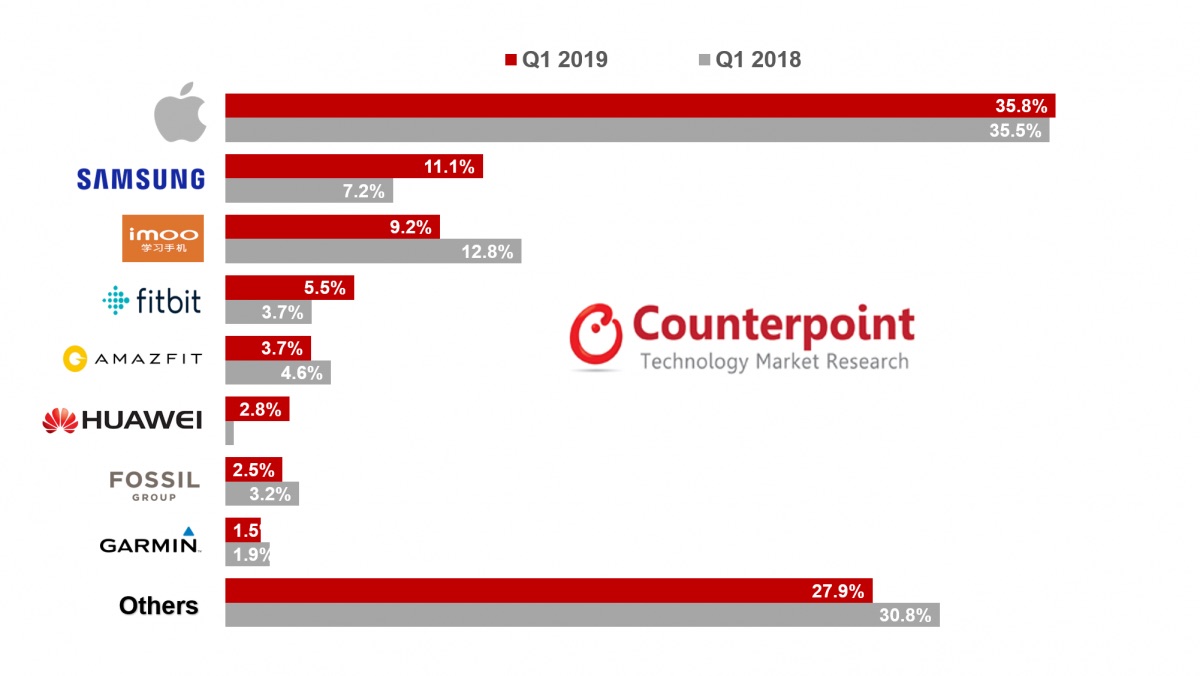