Apple has announced upcoming support for NFC tags that trigger Apple Pay. VP of Apple Pay Jennifer Bailey made the announcement at the ETA TRANSACT conference in Las Vegas a few weeks ago.

Yesterday, developer Steve Moser shared some photos from the presentation on Twitter. The photos were taken by his co-worker Scott Harkey.

The NFC tags will allow users to make a payment without needing to have an app installed.

Apple announced support for NFC stickers/tags that trigger Apple Pay for payment without having an app installed. Imagine tapping your phone on a scooter or a parking-meter and paying for it without signing up or downloading an app first.

Apple is working with Bird scooters, Bonobos, and PayByPhone (parking-meters) on the initial rollout. Additionally, Moser notes that instant-enrollment for loyalty cards in Apple Wallet is coming.

More details will likely be shared at Apple's Worldwide Developers Conference next month. 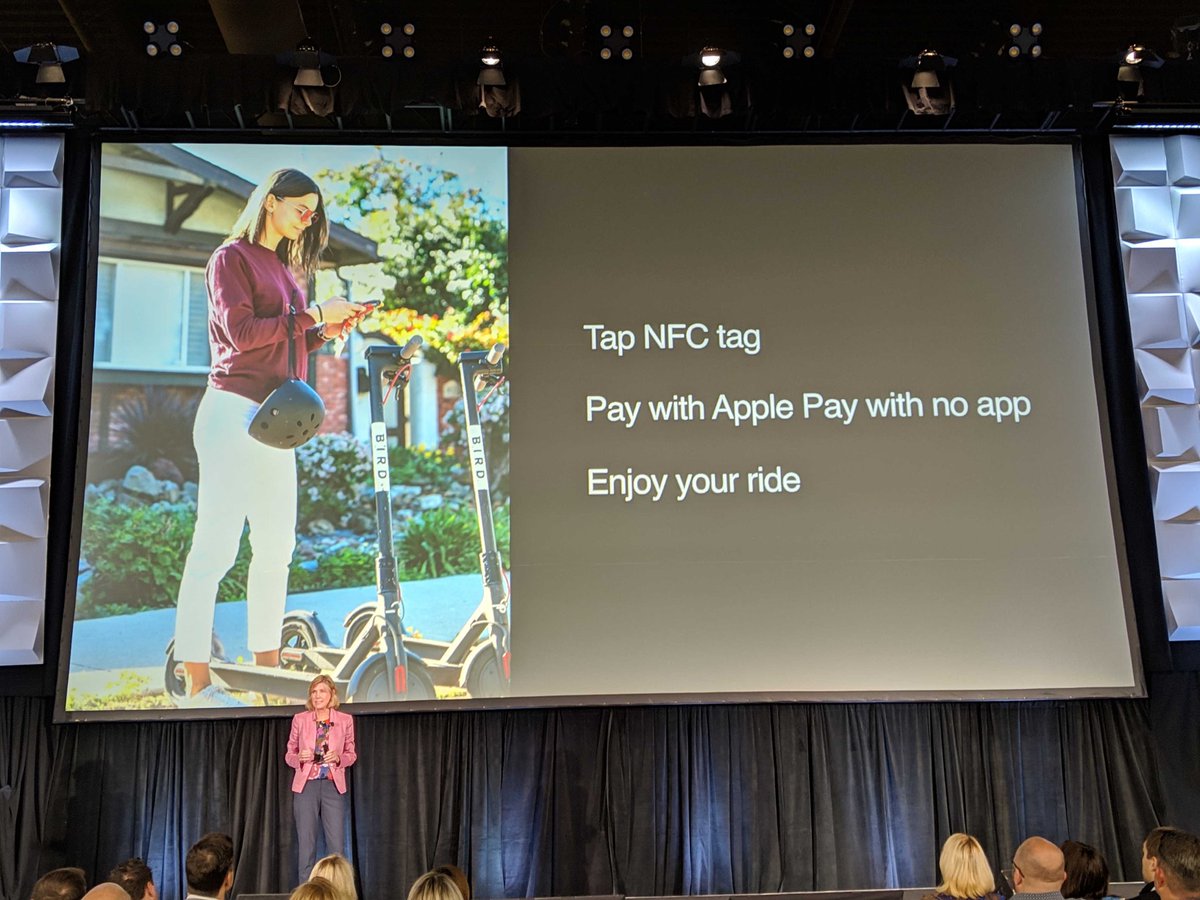 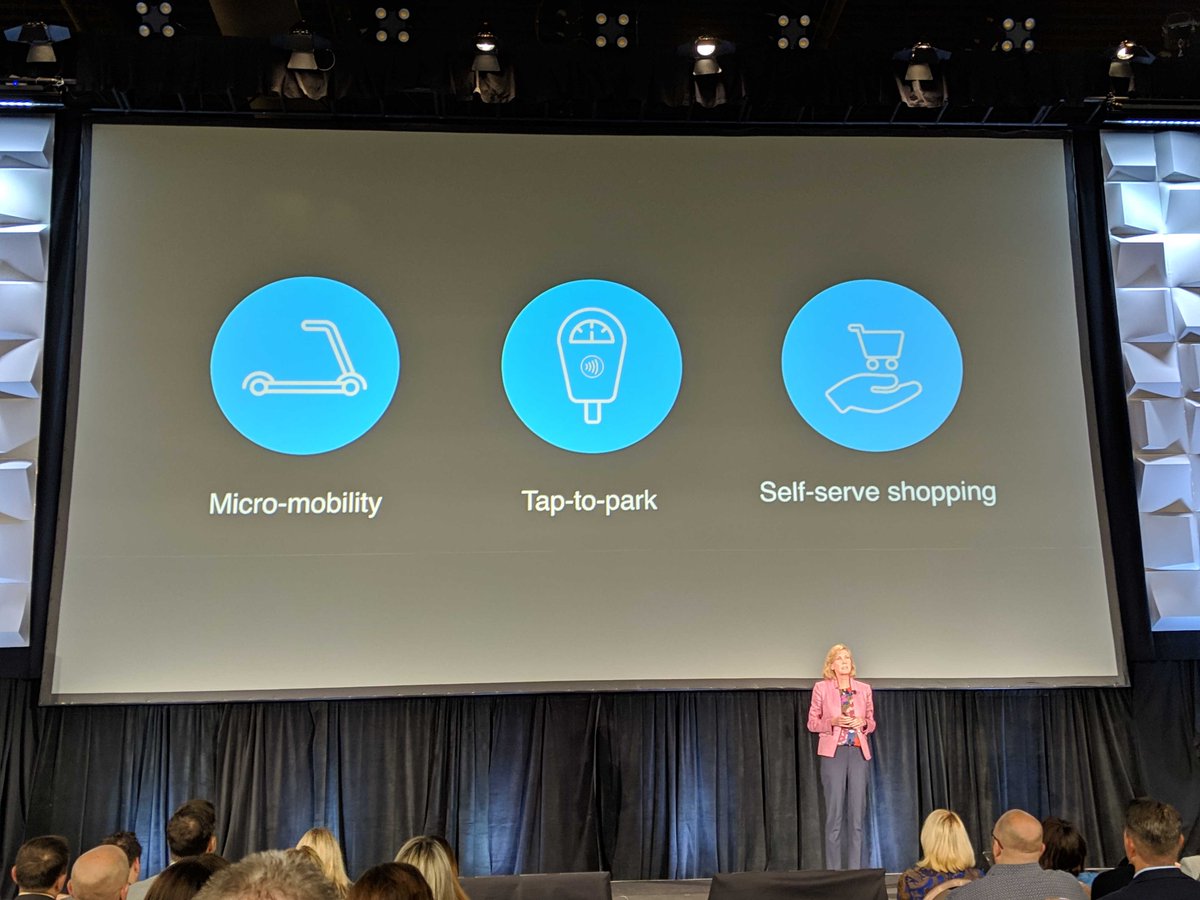 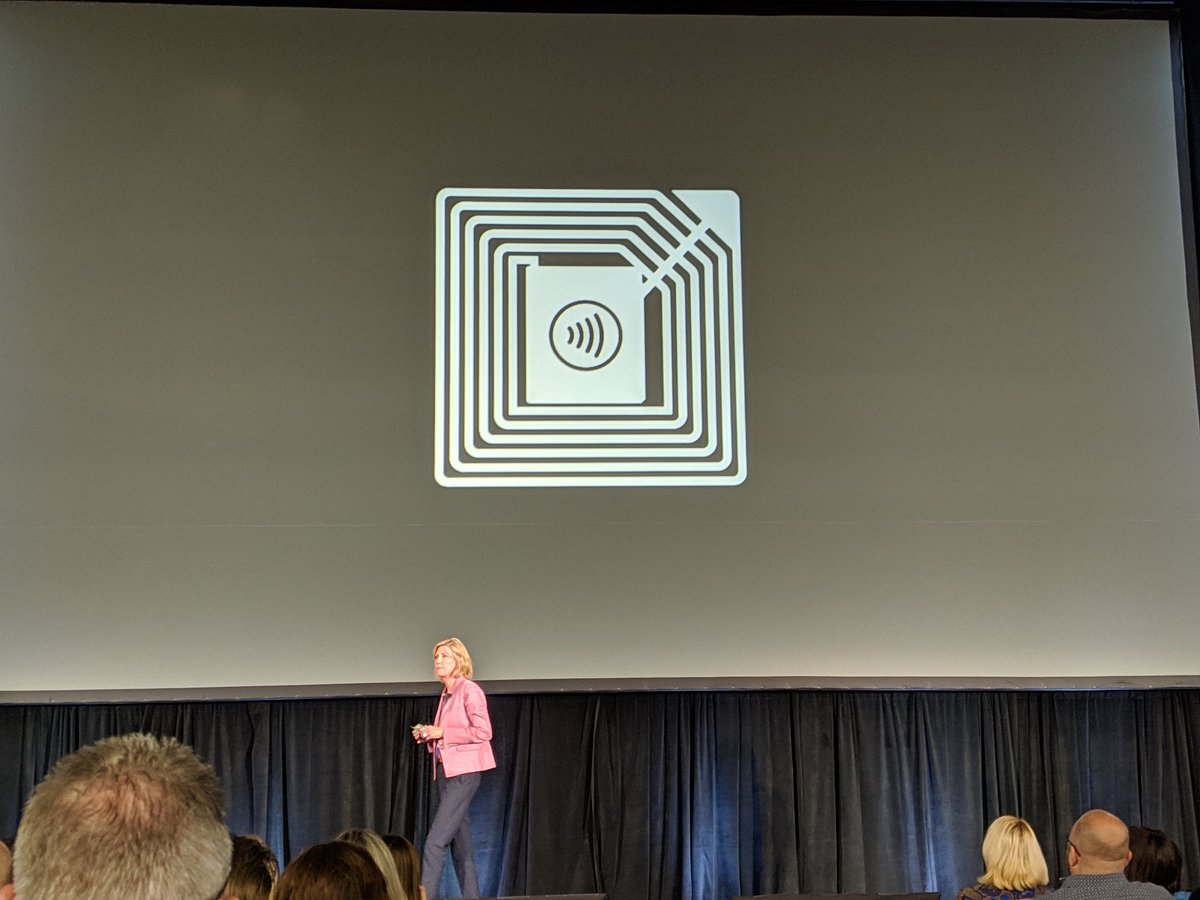 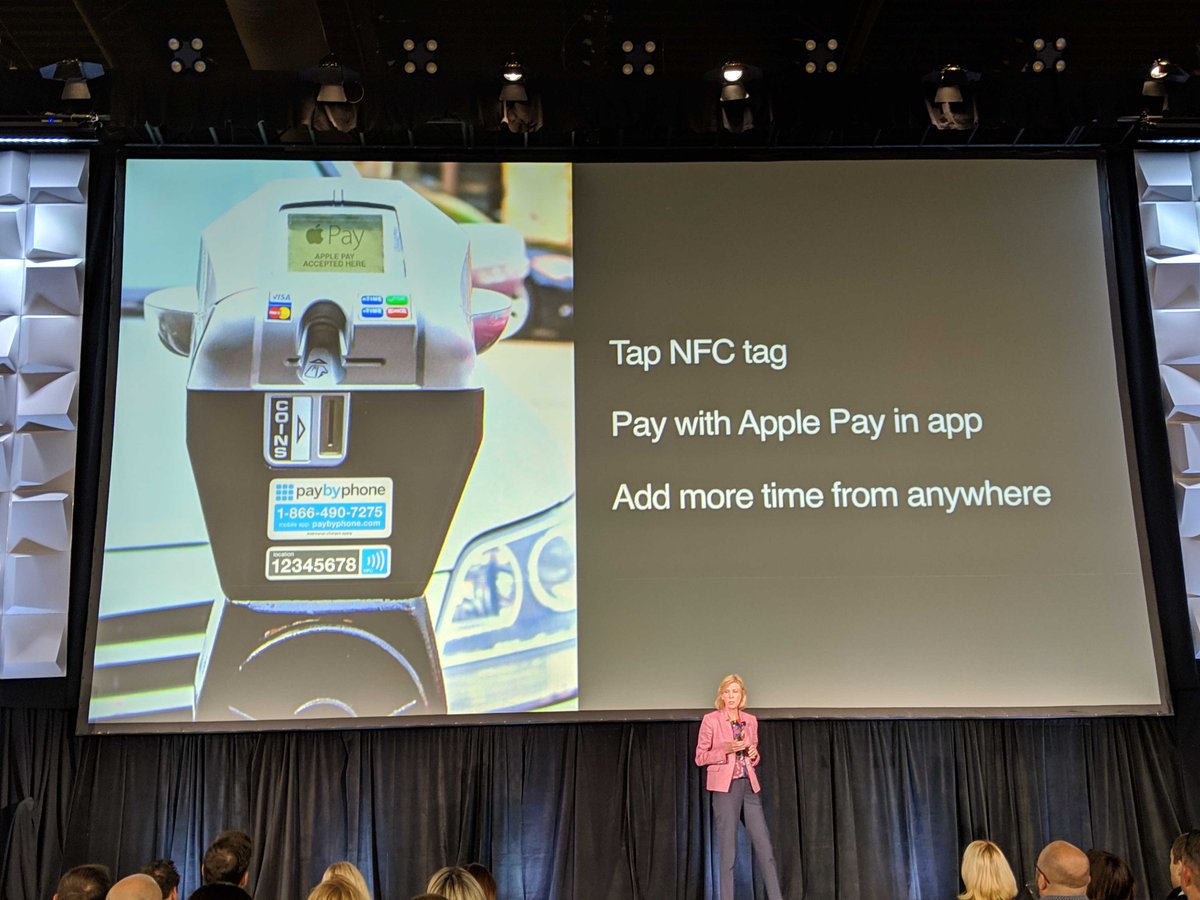 moocow - May 15, 2019 at 7:45am
Only if you’re a numnut! Device has to be unlocked in order to authorise a payment. No difference in paying for stuff now.
Reply · Like · Mark as Spam
Recent