Global shipments of wearable devices were up 55.2% in 1Q19 reaching 49.6 million units, reports IDC. Wrist-worn wearables accounted for 63.2% of those shipments; whereas, ear-worn shipments accounted for 34.6% of shipments, growing 135.1% year over year.

"The elimination of headphone jacks and the increased usage of smart assistants both inside and outside the home have been driving factors in the growth of ear-worn wearables," said Jitesh Ubrani research manager for IDC Mobile Device Trackers. "Looking ahead, this will become an increasingly important category as major platform and device makers use ear-worn devices as an on-ramp to entice consumers into an ecosystem of wearable devices that complement the smartphone but also offer the ability to leave the phone behind when necessary."

"Shipments of wristwear – including watches and wristbands – grew 31.6% year over year, and continue to dominate the wearables landscape," said Ramon T. Llamas, research director for Wearables. "While the functionalities and capabilities have grown and changed, the one common thread is the relentless focus on health and fitness. This has resonated strongly with users and health insurance companies alike, and new health and fitness insights attract a larger audience." 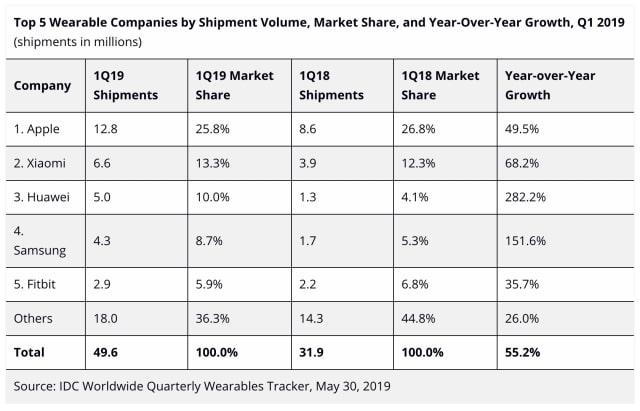 Company Highlights
● Apple maintained the leading position as the company offers three product lines; Apple Watch, AirPods, and select Beats headphones. The Apple Watch in particular has proven to be highly successful at capturing unit share, but more importantly dollar share as the average selling price (ASP) of these watches has increased from $426 in 1Q18 to $455 in the latest quarter. Apple also seems to be employing a similar strategy in its wireless headphone lineup as the latest AirPods are now available with wireless charging and an increased ASP.

● Xiaomi ranked second largely due to the popularity of its Mi Band, which accounted for roughly five million shipments. While the company remains focused on the Chinese market, recent investments in Europe and the Middle East have been paying off as the company has managed to gain share in those regions.

● Huawei ended the quarter with market-beating growth of 282.2%. The company's success in the wearables market has been directly tied to its success in smartphones as the two products are often bundled together. However, with the recent uncertainty surrounding the company's future in smartphones, the outlook for the wearables side of the business will also remain in flux.

● Samsung, like Apple, also offers multiple product lines including the Gear/Galaxy watches and bands, the Galaxy Buds, and select JBL headphones. The launch of Samsung's Galaxy S10 lineup helped the company propel its wearables business through the use of bundling. Outside of that, the JBL lineup of headphones also performed well thanks to the wide variety of options at a low cost.

● Fitbit rounded out the top 5 and maintained its positive growth trajectory. The recent launch of the Versa Lite as well as the Inspire series has helped the company reach new users as well as encouraged upgrades, although this has come at the expense of a lower ASP. However, the company remains highly focused on the healthcare/enterprise segment and has continued to make strides in that market, surpassing many of its competitors. 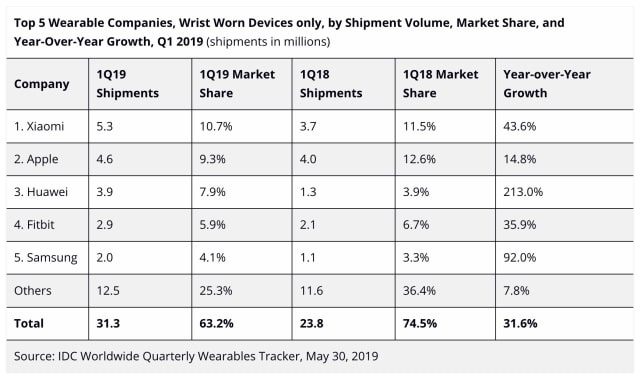 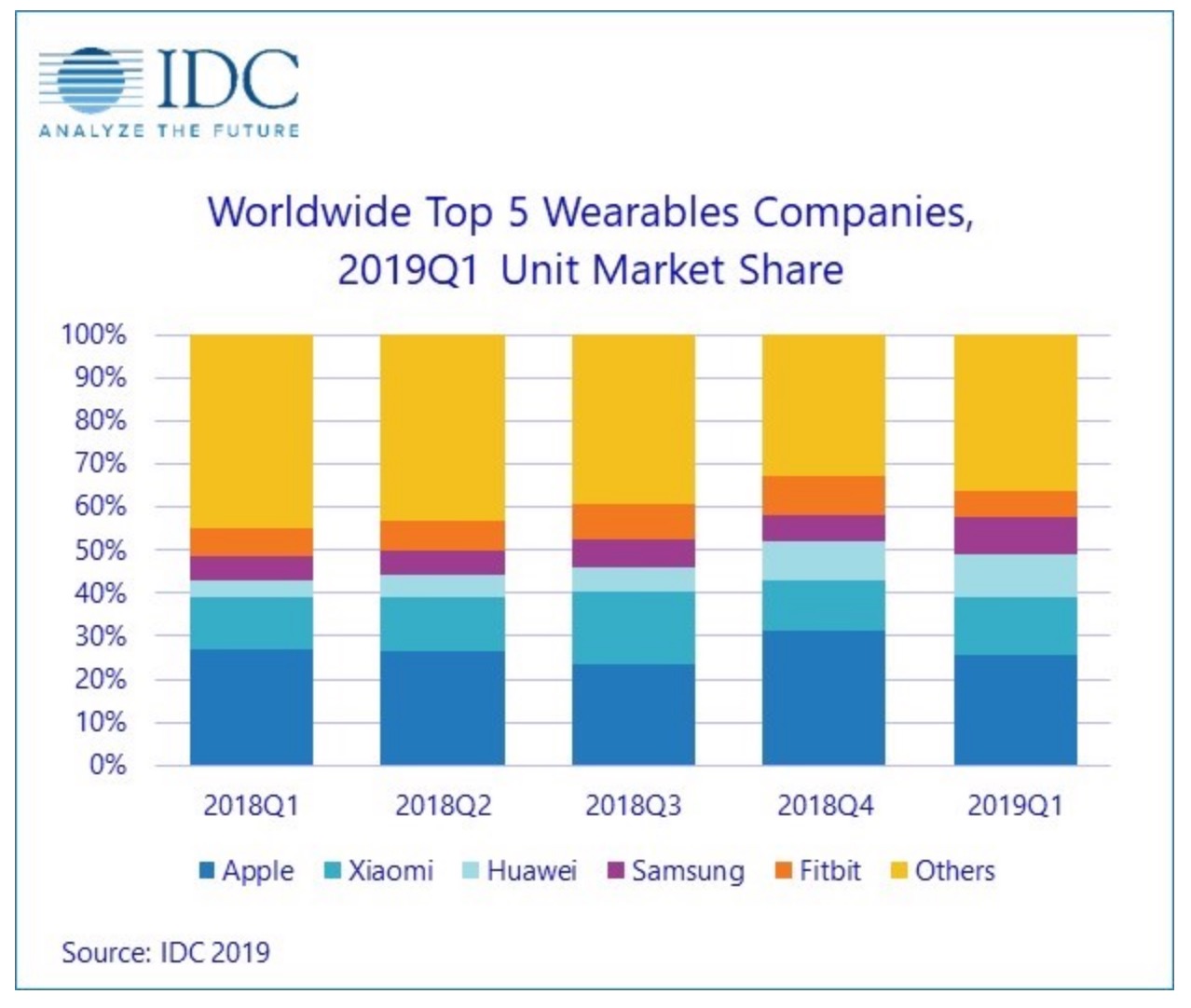