Samsung has announced a 64GB moviNAND chip which could possibly be used in the next generation iPhone.

Apple has doubled the maximum capacity of the iPhone with a new release every summer; thus, the 4G iPhone is likely to see an increase to 64GB in storage.

Toshiba has already announced their 64GB embedded NAND flash memory module so Apple will have more then one choice in suppliers. 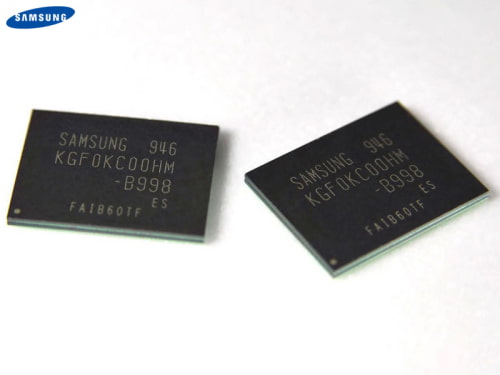