Foxconn founder Terry Gou is urging Apple to move production out of China as trade tensions between the country and the United States escalate, reports Bloomberg.

“I am urging Apple to move to Taiwan,” said Terry Gou, the largest shareholder in Hon Hai Precision Industry Co., answering a question about whether Apple will shift production away from China. “I think it is very possible,” he said without elaborating.

Gou's statement comes as he steps down as chairman of the company after 45 years of leadership. The 69-year-old plans to run for president in Taiwan's upcoming elections.

His successor, Young Liu, recently told investors that Foxconn could help Apple respond to possible tariffs by moving production of U.S. bound iPhones out of China.

“Twenty-five percent of our production capacity is outside of China and we can help Apple respond to its needs in the U.S. market,” said Liu, adding that investments are now being made in India for Apple. “We have enough capacity to meet Apple’s demand.”

Apple has purportedly asked suppliers to evaluate shifting 15 - 30% of their capacity out of China. Even if trade tensions are resolved, it's expected that Apple will shift some production to Southeast Asia as the risks of relying solely on China for manufacturing are too great. 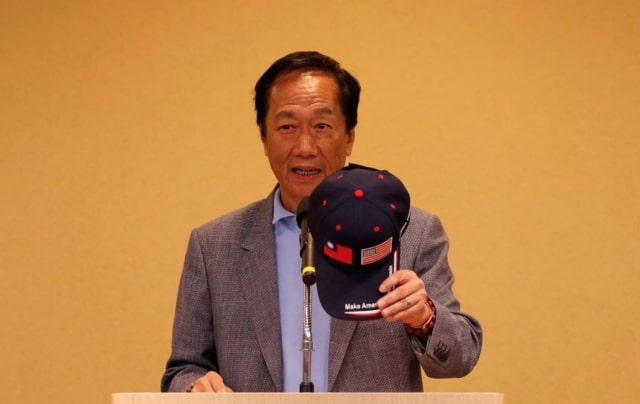