The OpenID Foundation has posted an open letter to Apple raising concerns about its upcoming 'Sign In With Apple' feature.

Announced earlier this month, Sign In With Apple will let users sign in to apps and websites using their Apple ID when iOS 13 and macOS Catalina launch.

Sign In with Apple was built from the ground up to give users peace of mind about their privacy. Data collection is limited to the user’s name and email address, and Apple’s private email relay lets users receive email even if they prefer to keep their address private. Apple will not track users as they interact with your app.

According to the OpenID Foundation, Apple has largely adopted OpenID Connect; however, it says the current set of differences exposes users to greater security and privacy risks. It's urging the company to address the gaps between Sign In with Apple and OpenID Connect.

You can read the full letter below!

RE: Open Letter from the OpenID Foundation to Apple Regarding Sign In with Apple

Over the course of the last decade, OpenID Connect was developed by a large number of companies and industry experts within the OpenID Foundation (OIDF). OpenID Connect is a modern, widely-adopted identity protocol built on OAuth 2.0 that enables third-party login to applications in a standard way.

It appears Apple has largely adopted OpenID Connect for their Sign In with Apple implementation offering, or at least has intended to. Known differences between the two are tracked in a document managed by the OIDF certification team, found here: https://bitbucket.org/openid/connect/src/default/How-Sign-in-with-Apple-differs-from-OpenID-Connect.md.

The OpenID Foundation and the community at large would appreciate Apple’s feedback.

Thank you for your consideration. 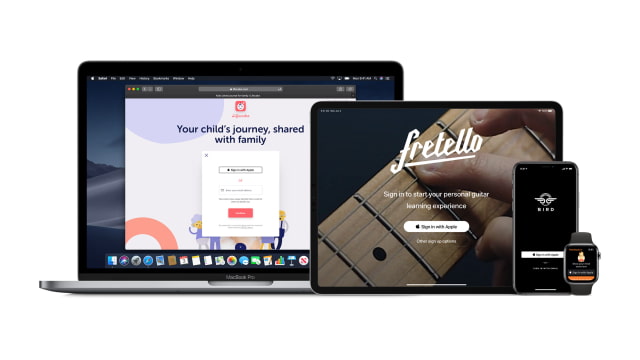 ericidle - June 30, 2019 at 10:43am
Looking at the people and Companies on the Board of OpenID I doubt I’d trust them. Google, Microsoft, Version, Ping, Oracle and others all board members
Reply · Like · Mark as Spam

stevenlacross - June 30, 2019 at 11:01am
Did you even read all the issues Apple left in their code? Fûck I’d trust those other companies using the real version of OpenID Connect over Apple any day.
Reply · Like · Mark as Spam
Recent